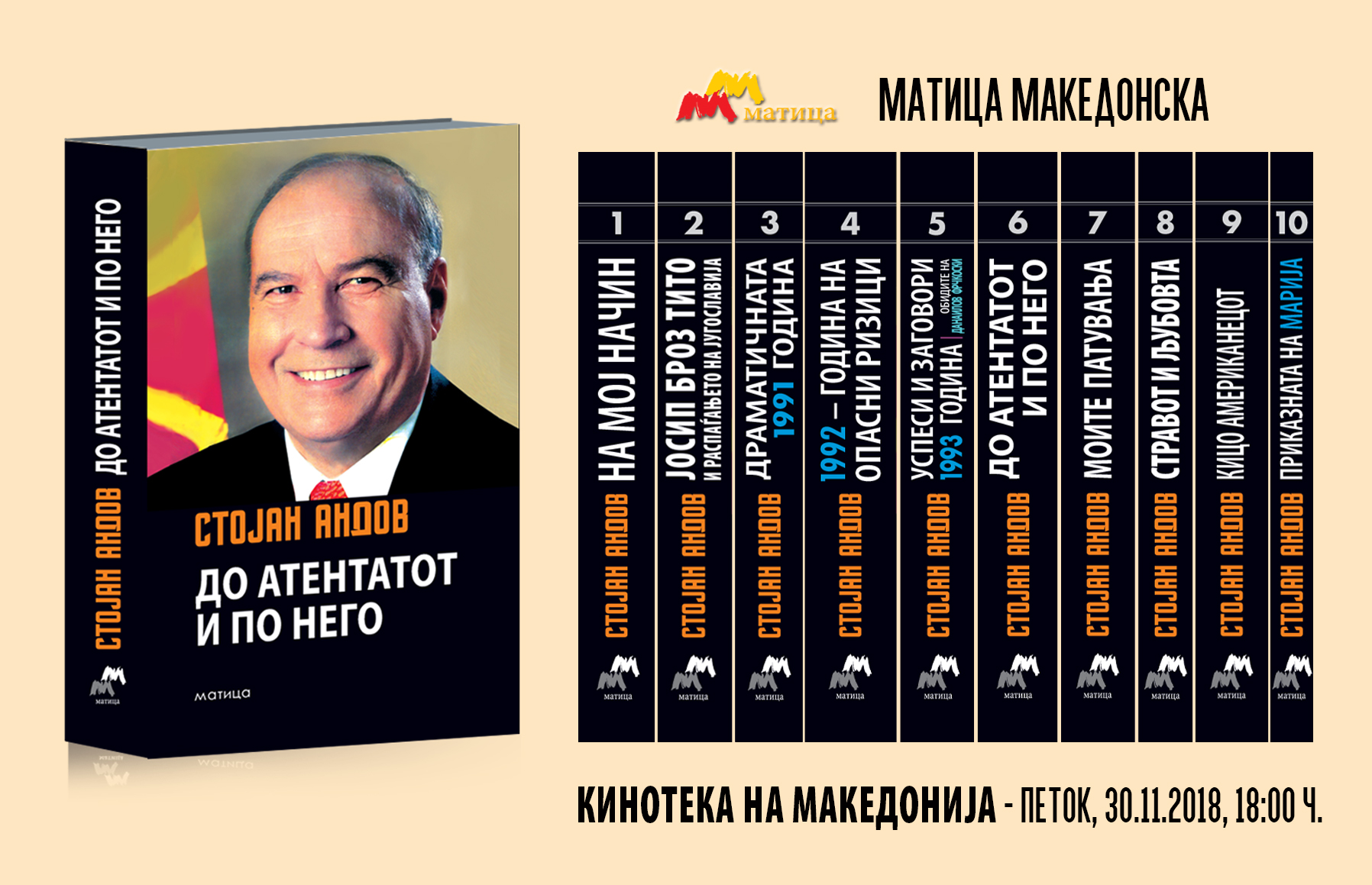 The Selected Works of Stojan Andov will be promoted on November 30 at the Cinematheque of Macedonia.

The collection of ten volumes includes the following books: “My Way”, “My Travels”, “Fear and Love”, “Kico the American,” “Josip Broz Tito and the Decline of Yugoslavia,” “The Story of Marija”, “The Dramatic 1991 year,” “1992 – the Year of Dangerous Challenges,” “Successes and Conspiracies – 1993” and “Before and After the Assassination.”

“Rade Siljan, editor-in-chief of the edition, Vlado Kambovski, writer Blaze Minevski, foreign policy commentator Ljubomir Gajdov and Ambassador Ljupco Arsovski will speak about the memoir-publicist and literary works. With the promotion of the Selected Works “Matica Makedonska” will mark the eighty-third anniversary of the birth of Stojan Andov, the first President of the Assembly of the Republic of Macedonia,” reads the press release of the Cinematheque of Macedonia. 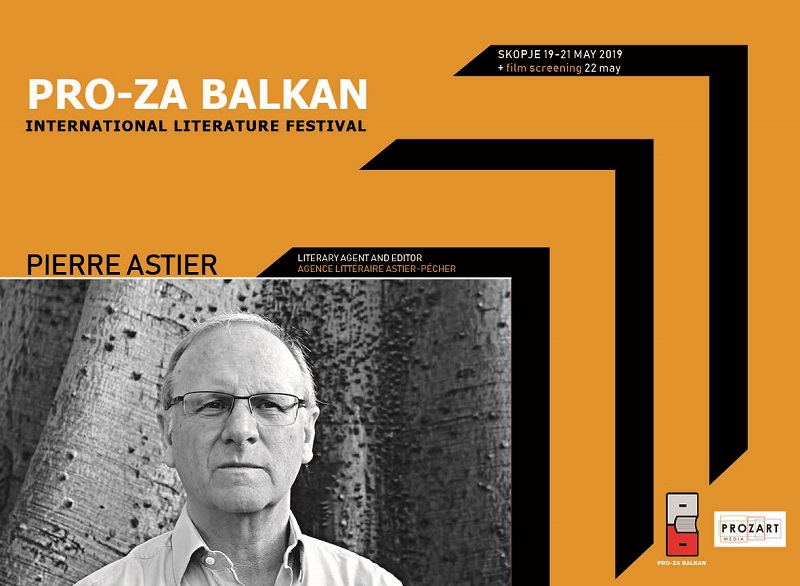 One of the most renowned literary agents Pierre Astier, who was representing Goce Smilevski and his novel ‘Sigmund Freud’s Sister’ will attend the Seventh International Literary Festival Pro-Za Balkan, taking place on May 19-22 in Skopje.

The festival will be hosted on several locations in Skopje, and will welcome some of the most eminent writers in the region.

Pierre Astier, literarry agent and editor at the Astier-Pecher publishing house, will be part of the program Skopje Fellowship. Astier sold Smilevski’s novel to Penguin which holds the copyright to the English version, but also to around 20 other publishers.

One year later, he created with Tania Capron the paperback collection Motifs. The collections Essais et Documents, Musiques, Serpent Noir and Désordres were launched shortly after. 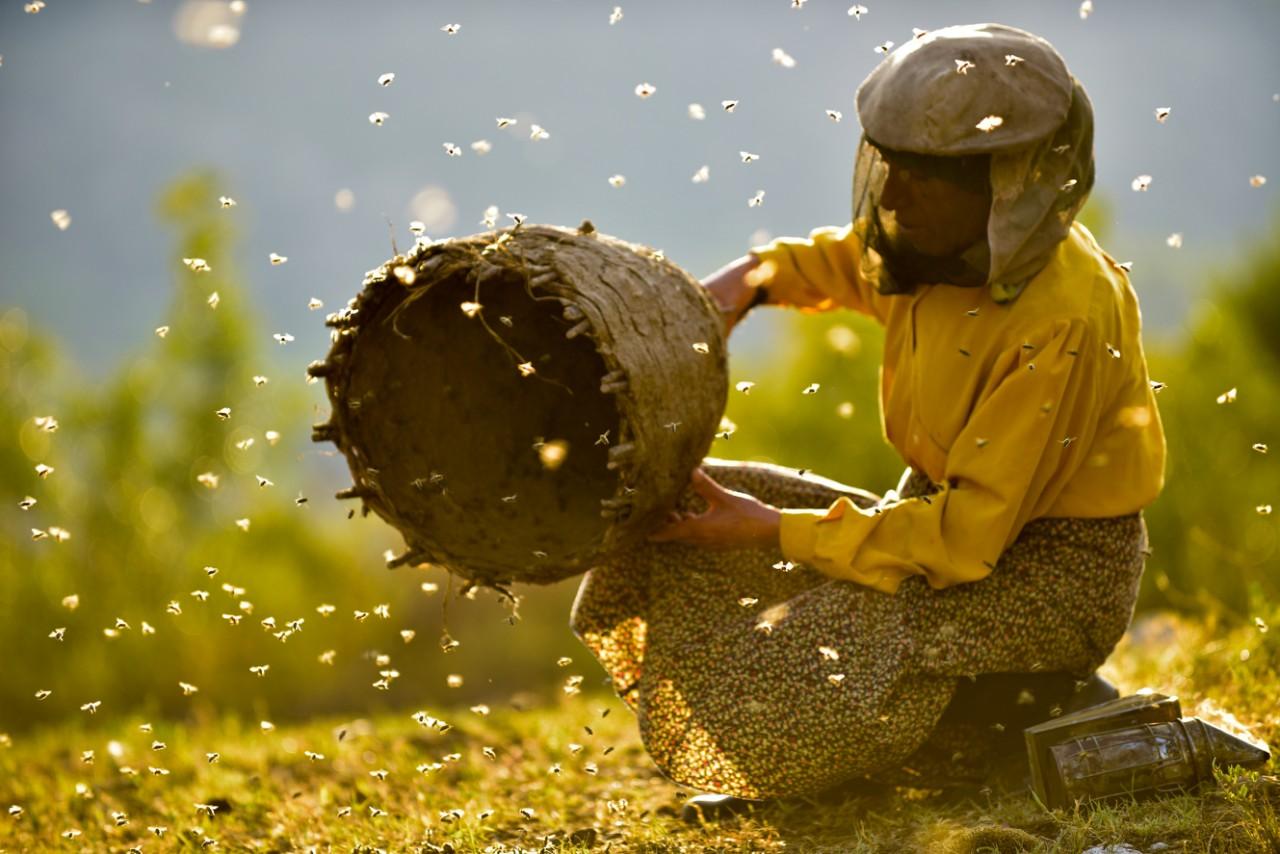 Macedonian documentary Medena Zemja (Honeyland) and the motion picture Lovci na Veshterki (The Witch Hunters) have entered the official competition of Sundance 2019, which is to take place in Utah at the end of January.

The film Honeyland, which is in the official program of documentary films, is directed by Ljubomir Stefanov and Tamara Kotevska, produced by Atanas Georgiev, who is also the editor. The film deals with the life of a woman living alone with her mother in central Macedonia, in completely primitive conditions, producing honey from wild bees. She is the last woman breeder of wild bees in Europe, who wants to save bees and the natural balance of the planet.

The Witch Hunters’ screening at the festival will also mark its American premiere. It was done in co-production between Serbia and Macedonia, and is a family story that falls in the genre somewhere between adventure, science fiction and family film. The director of the film is Rasko Miljkovic, while it was produced by Action Production from Serbia in co-production with Dream Factory Macedonia.

The Witch Hunters tells the story of Jovan, a ten-year-old boy who was born with partial cerebral palsy. His life is conditioned by this situation. By means of his imagination Jovan escapes into the world of fantasy, in which, unhindered by his physical disability, he is free to do everything and be the one he wants, a kind of a superhero. 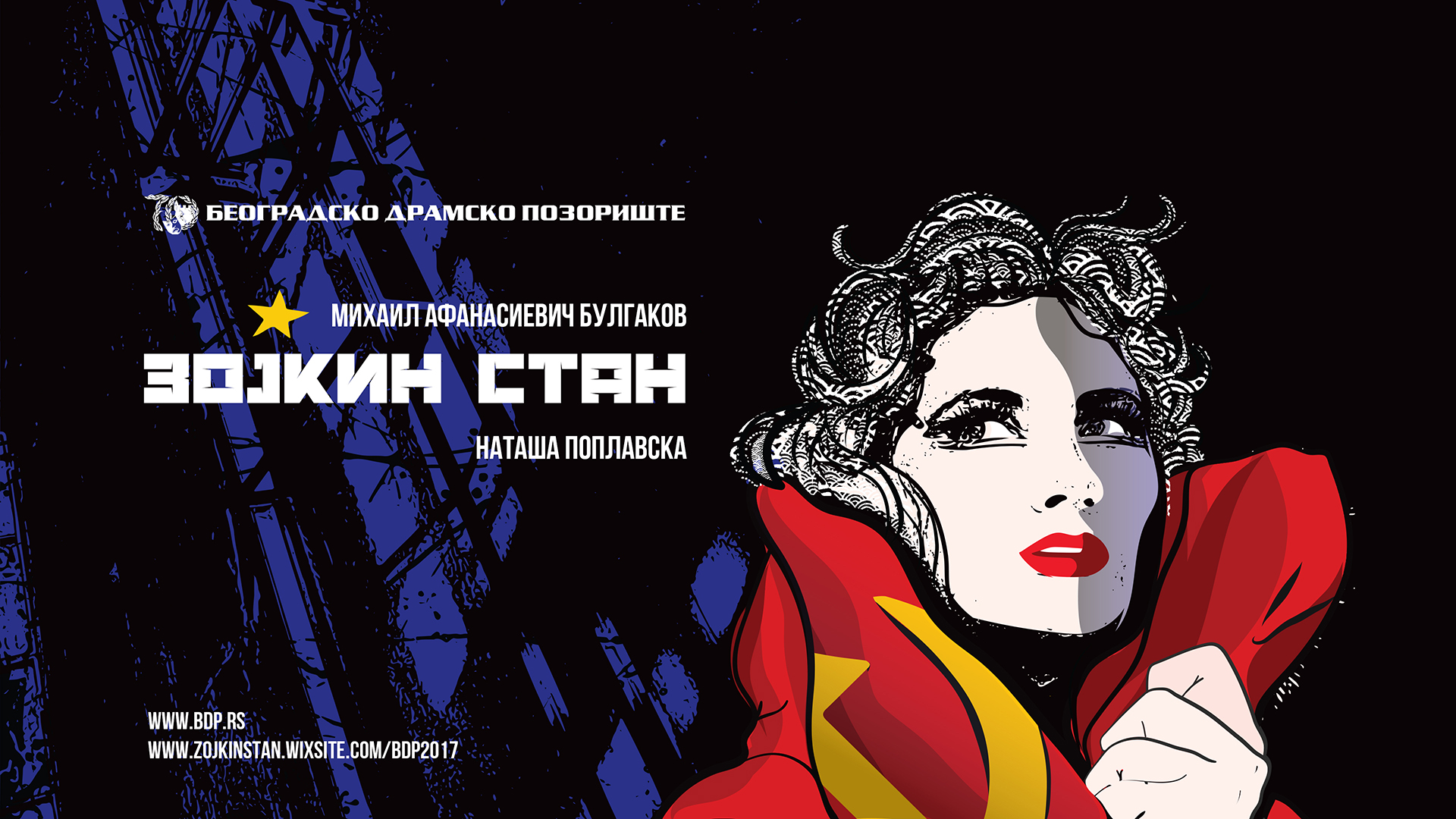 The Macedonian National Theater will host the Belgrade Drama Theater, whose play “Zojkin stan” will be performed on the main stage on December 4, at 8 pm.

The play is a tragic farce by Mikhail Bulgakov and is directed by Natasha Poplavska. The play provides an exciting blend of 20th century classic drama literature and choreographic and musical pieces, as well as visual attractions.

“The director Natasha Poplavska has unusually precisely read the work of one of the greatest critics of socialist realism,” Belgrade theater criticism said about the play.

A multimember Macedonian crew led by director Natasha Poplavska took part in the adaptation of the “Zoikin stan” play for the stage. Ognen Anastasovski composed the music, Emil Petro was responsible for the multimedia design, Roza Trajchevska was the costume designer, while Milcho Aleksandrov was the light designer.