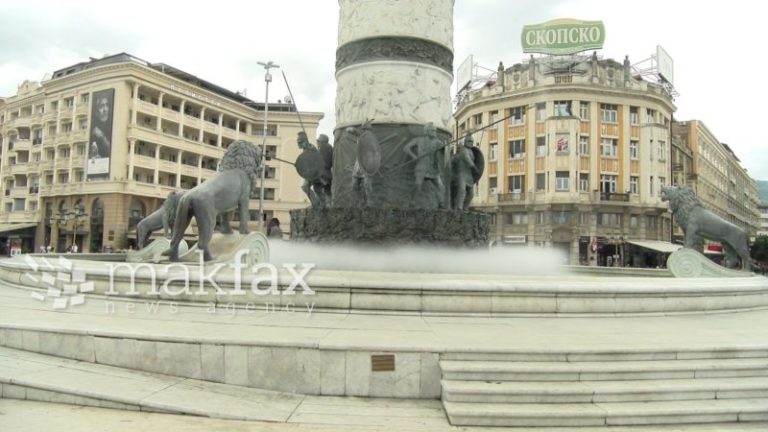 The new three-language plate that has been attached to the “Warrior on a Horse” statue in downtown Skopje was destroyed last night, just hours after it was affixed to the monument.

On Thursday afternoon the statue embarked with a cooper plate accompanying it giving a description of the giant warrior: “Alexander the Great belongs to the ancient Hellenic history and world cultural heritage”.

The incident had reportedly happened on Thursday evening.

The plaque, giving a description in Macedonian, Albanian and English, reads “In honor of Alexander the Great, a historical figure belonging to ancient Hellenic history and civilization and to the world cultural and historical heritage. Here he is presented as warrior on a horse. “

Setting a new plaque was an obligation in line with the Prespa Agreement, which put an end to perennial dispute between Greece and the renamed North  Macedonia.

New plaque were attached yesterday to three monuments – Warrior on a Horse, Olympia, and Philip II. They plaques were affixed to or below the fence of marble fountains surrounding the monuments.

The  giant statue bearing an uncanny resemblance to the warrior king Alexander the Great – although, officially, no one called it that thus far – was erected in the heart of Skopje in 2011. Seated upon his favourite steed, the classical hero surveys the capital from the vantage point of Plostad Makedonija, Skopje’s central square. At 22 metres, or eight storeys high, the statue dwarfs its surroundings.

Janeva to appear before chief prosecutor Ruskovska on Tuesday