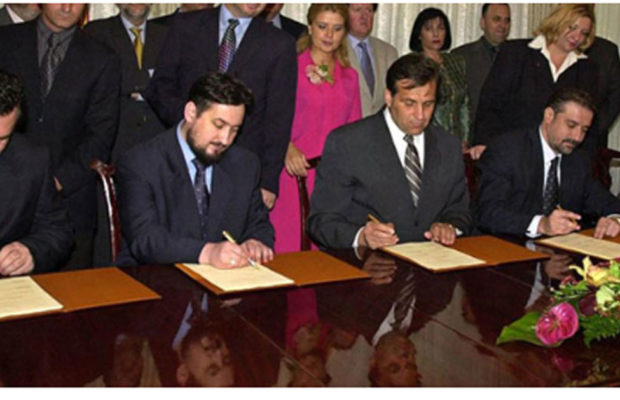 Today marks the 18tth Anniversary of the signing of Ohrid Framework Agreement,  which put an end to the 2001 armed conflict in North Macedonia. The accord ended months of fighting between the government’s security forces and ethnic-Albanian rebels (National Liberation Army). Its subsequent implementation has stabilized the framework for a peaceful resolution of outstanding issues.

Francois Leotard and James Pardew, the EU and US special envoys who facilitated the deal, also signed the document on behalf of the international community.

More than 130 laws and amendments have been passed by parliament thus far, most of which referring to non-discrimination and just representation of ethnic communities, laws infields spanning identity, culture, education and power decentralization.

U.S. Ambassador: Now is time for North Macedonia to demonstrate adherence to rule of law