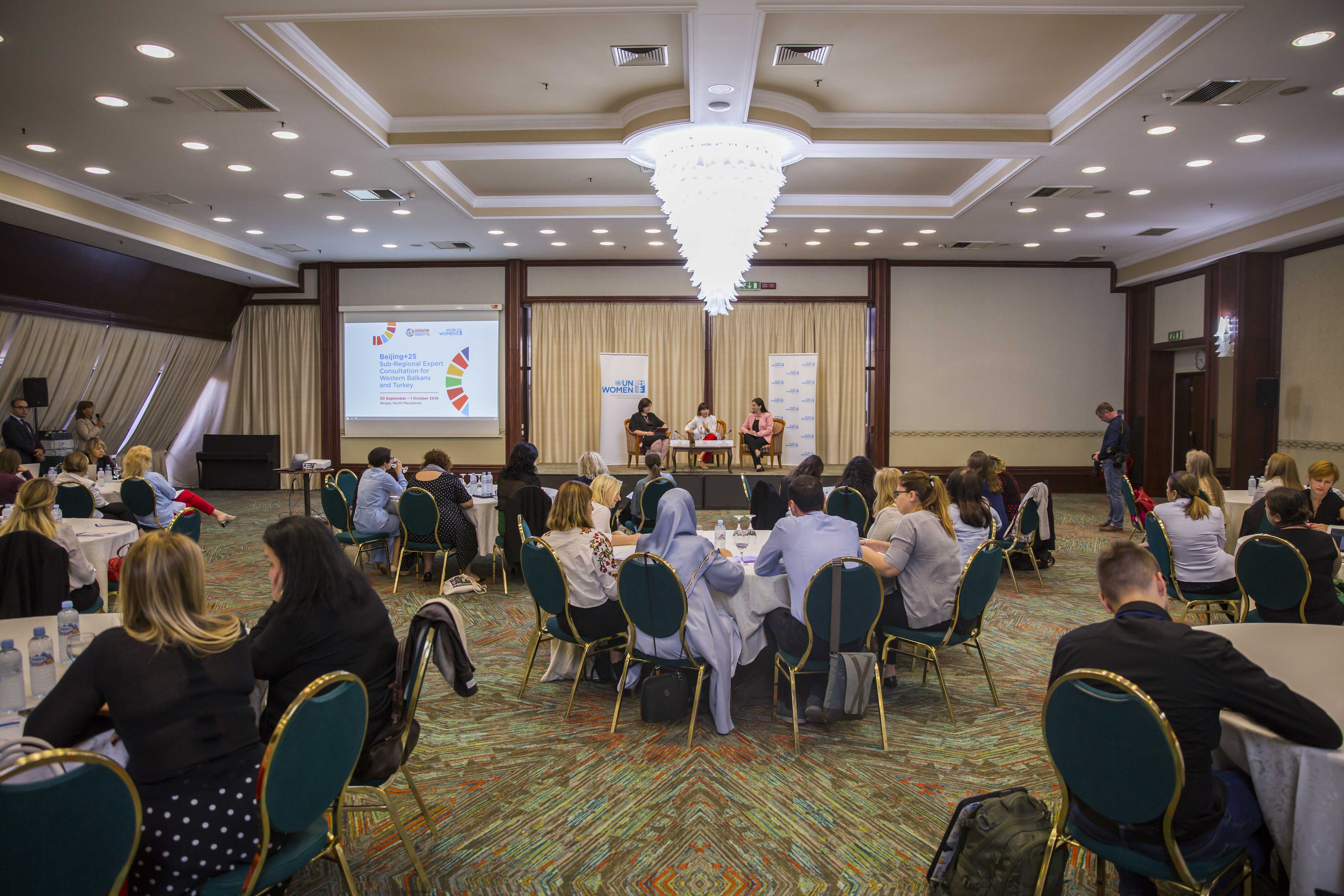 Minister of Labor and Social Policy Mila Carovska on Monday attended the opening of a consultative regional meeting to assess the implementation of the Beijing Declaration and Platform for Action on Gender Equality (Beijing+25), taking place in Skopje.

“In the past three years, the Government has made every effort to ensure that gender equality becomes integral part of all policies. Our country has ratified the Beijing Convention. The implementation of this convention is a high priority. The Ministry of Labor and Social Policy together with civil organizations work on providing support and protection services in terms of prevention of violence against women and protection from potential violence,” Carovska said.

New laws on prevention and protection against discrimination were adopted in 2019, along with the law on termination of pregnancy. Extra-institutional protection and support services are being provided for victims of sexual violence as well as for human trafficking victims.

Since the adoption of the Beijing Declaration and Platform for Action on Gender Equality, the Republic of North Macedonia has made a significant progress in the development and implementation of gender equality agenda. Amendments to the Law on Equal Opportunities for Women and Men will be put forward in 2020 along with the setup of gender equality training center.

Today’s consultative meeting brought together government officials in charge of implementation of public policies on gender equality,  CSOs, scholars and experts from the Western Balkans and Turkey.

The Beijing+25 Regional Review Meeting provides a forum for UNECE member States to review progress and identify challenges in the implementation of the Beijing Platform for Action. The meeting will be held on 29-30 October 2019 in the Palais des Nations, Geneva, and is jointly organized by UNECE and the UN Women Regional Office for Europe and Central Asia.

168 parents in Montenegro fined for refusing to vaccinate kids