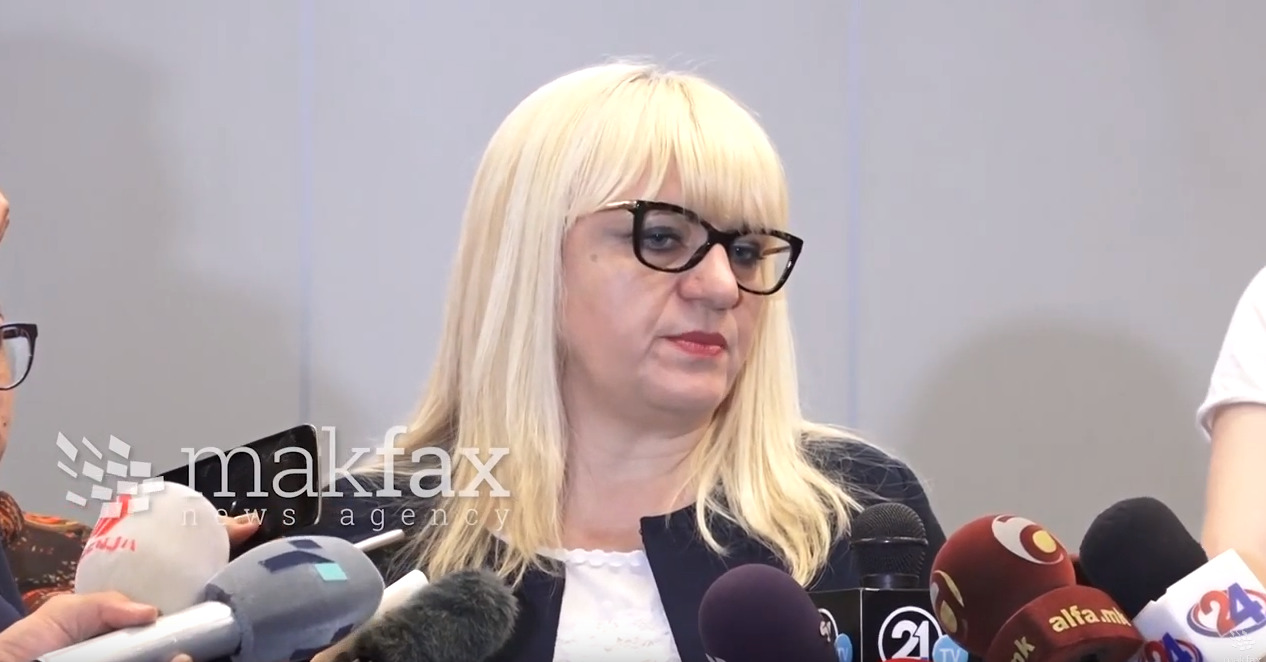 Justice Minister Renata Deskoska said on Friday the enactment of the law on public prosecutor’s office is not necessary for the follow-up of SJO cases, but for delivering commitments set out in the Judicial Reform Strategy.

“The enactment of the law is no longer important for continuation of SJO-led cases. It is important for delivering pledges under the Strategy for Reform of Judicial System,” Deskoska said.

“The SJO cases will be wrapped up,” she said, adding that the possibility of any adverse impact from Supreme Court’s opinion had been eliminated.

The justice minister made the remarks Friday during an event at the premises of the Public Prosecutor’s Office. The officials unveiled a 20-month project aimed at strengthening the country’s investigative centers.

The project, supported by a German Foundation and the Croatian Ministry of Justice, aims to strengthen capacity of investigators as well as the national capacities for the fight against organized crime and corruption.

“There can be no efficient justice system without investigation centers. They are prosecutors’ eyes and ears,” Deskoska said.

All hearings in SJO-run cases delayed