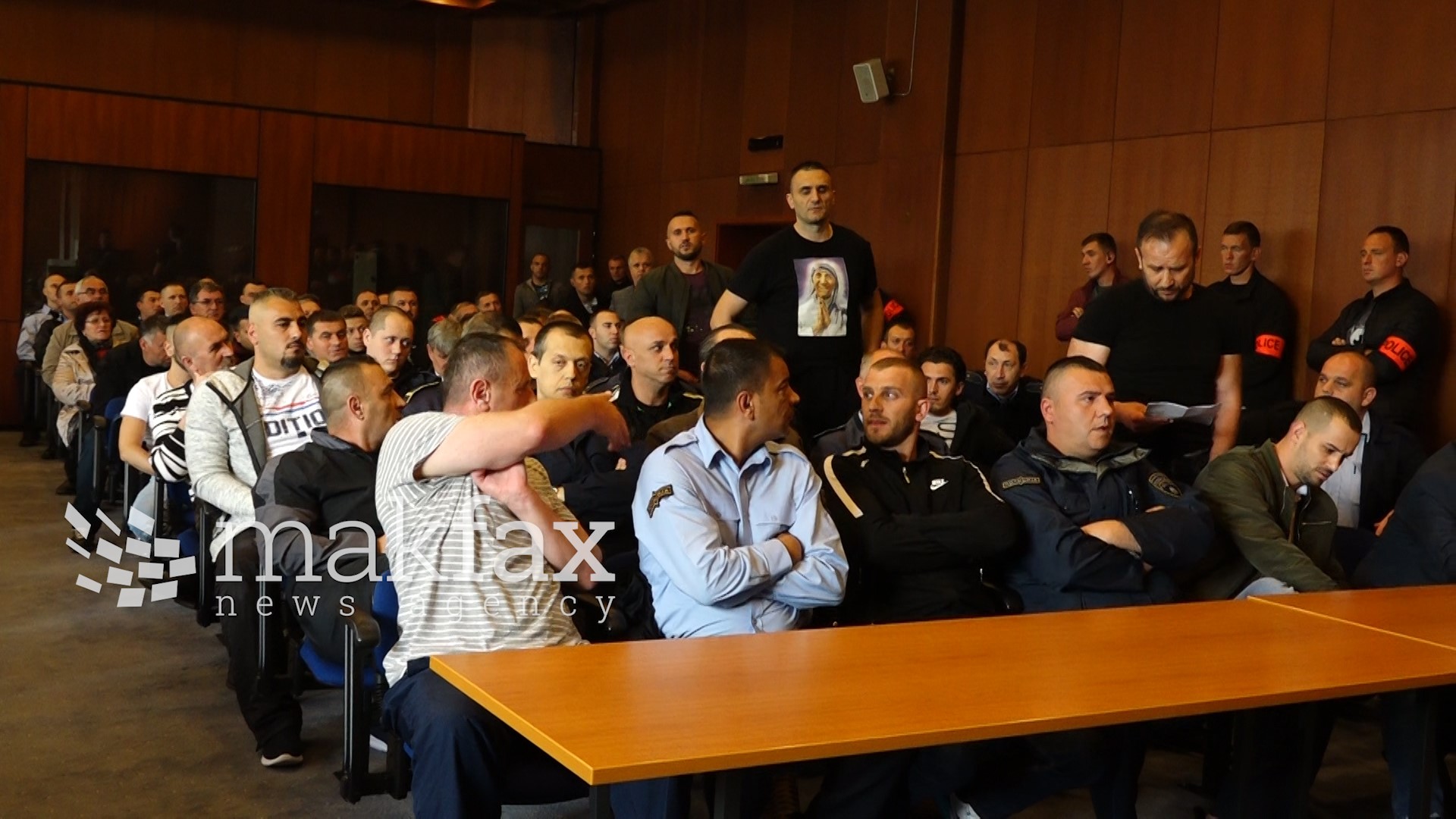 Tension mounted at Skopje Court of Appeals on Thursday, when the court is due to consider whether the sentences for 33 people – all sentenced to jail over their role in a deadly 2015 terrorist act in the Kumanovo area, Divo Naselje – should be overturned.

At the start of the session, the convicts in Divo Naselje case requested an international investigation. The convicts, whose lengthy sentences are being challenged by defense team, have reportedly shown off their disdain for the court. Today, they flaunted their contempt of Skopje court by cursing the Trial Chamber judges.

The convicts showed up in courtroom today, as appellate court reviews the sentences for scores of people convicted on terrorism-related charges.

They cursed at the Trial Chamber, chaired by judge Cvetanka Peric,

“We don’t recognize this court. This is Albania. The lawyers representing us have no right to speak on our behalf. We have been listening for four years, now you listen to us,” Genc Sevaj, one of the Divo Naselje convicts told the court.

The deadly shooting spree that took place on 9-10 May 2015 left eight members of Macedonian special police units dead. As many as 37 police officers were injured in the two-day shootout in Kumanovo’s outskirts four years ago.