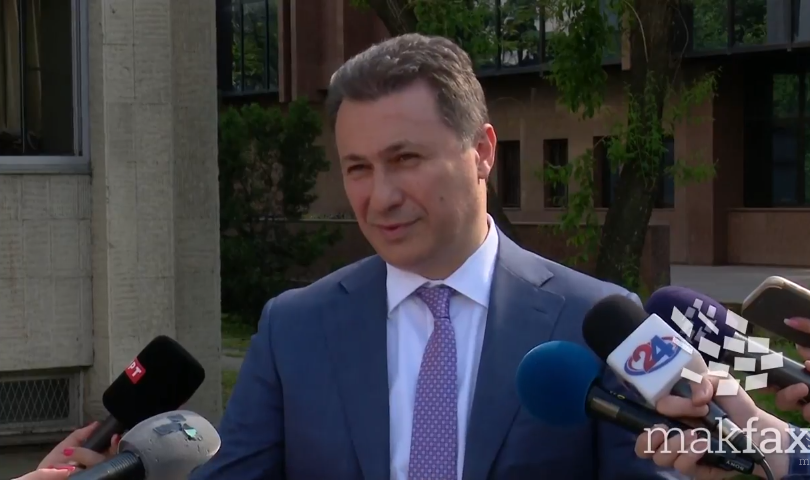 With 62 votes yes, MPs voted to waive the immunity of MP Nikola Gruevski. MPs from the opposition VMRO-DPMNE were not present during the voting, while the others voted, without a debate, to waive Gruevski’s immunity in accordance with the requests of the criminal court that seeks detention for him. MP Pancho Minov from GROM, who was present at the session, did not vote.

There were no abstentions or votes against. Also invited to the session was President Gjorge Ivanov, who did not come. Lawmakers voted in favor of six requests for detention, which were sent by the criminal court to the Assembly.

At least 61 votes were required to waive Gruevski’s immunity.

MPs also tried before to waive the parliamentary term of the former prime minister, but failed to secure two thirds of the votes.

After Gruevski fled the country, the chairman of the Assembly decided in coordination with parliamentary groups to try to withdraw his term again after six months of unjustified absence. Until then, Gruevski will get a reduced parliamentary salary.