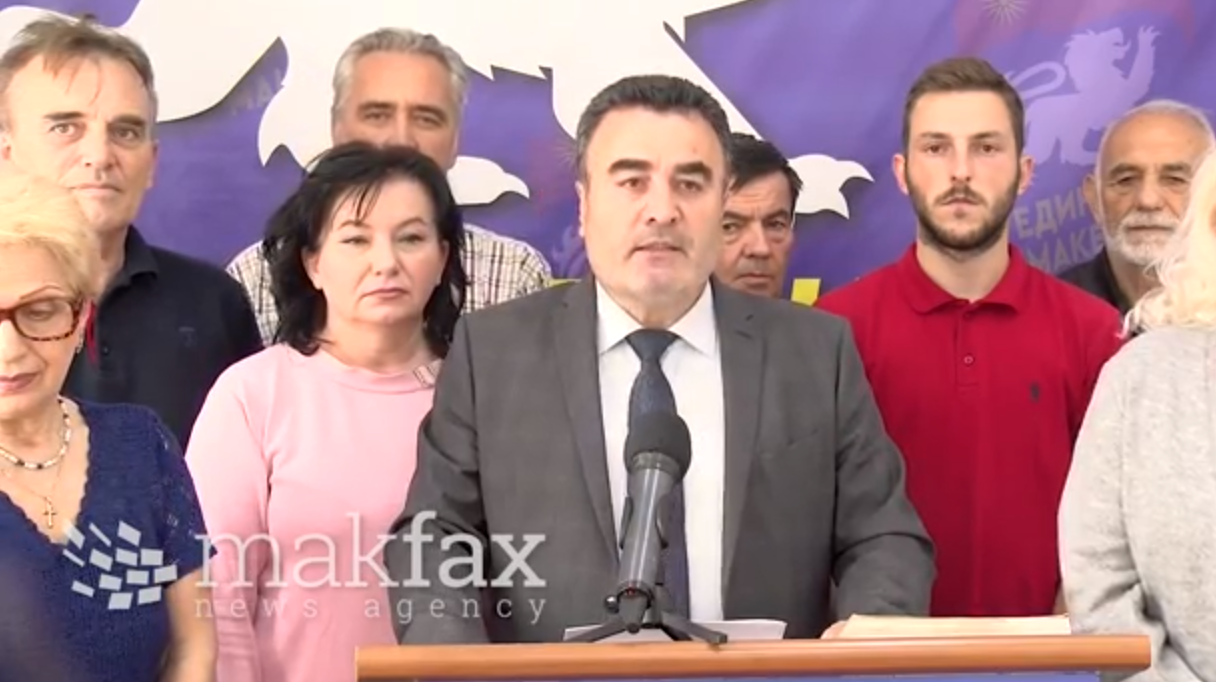 They blocked the road with a car and arrived accompanied by a police vehicle.

The border is secured by six police officers who do not allow the blockade for entrance from Greece to Macedonia.

The demonstrators yelled “Macedonia, Macedonia” and claimed that “this is our country, we will stand wherever we want to. No one will stop us, not even Oliver,” said one of protesters.

“Either we stand and defend ourselves or they will complete what they had in mind. I told Peshevski clearly, I will not negotiate with traitors. I urge you to go in front of the Parliament and not give up until Zoran Zaev steps down,” Straso Olumcev said.

The initiative, which is made of several organizations, said that it came to the border crossing to make their voice heard.

“We continue fighting. We will go to the homes of the Parliament Members. This is a world battle, they want to erase us,” said one of the demonstrators.

They urged the police to hold off the reports.
“This is for you. Do not mistreat the citizens. Do not be obedient to this government of puppeteers. This is only a warm-up. We will go in front of the Parliament where we will stay to fight this battle.”

“We are here at the border crossing of the two countries. Enough. We cannot take this terror and tyranny any more. We are starting the all-Macedonian resistance until this Government is removed. We demand an irrevocable resignation,” said Risto Mijakovski.

Lawyers of Janakieski and Bozinovski Request Termination of Detention