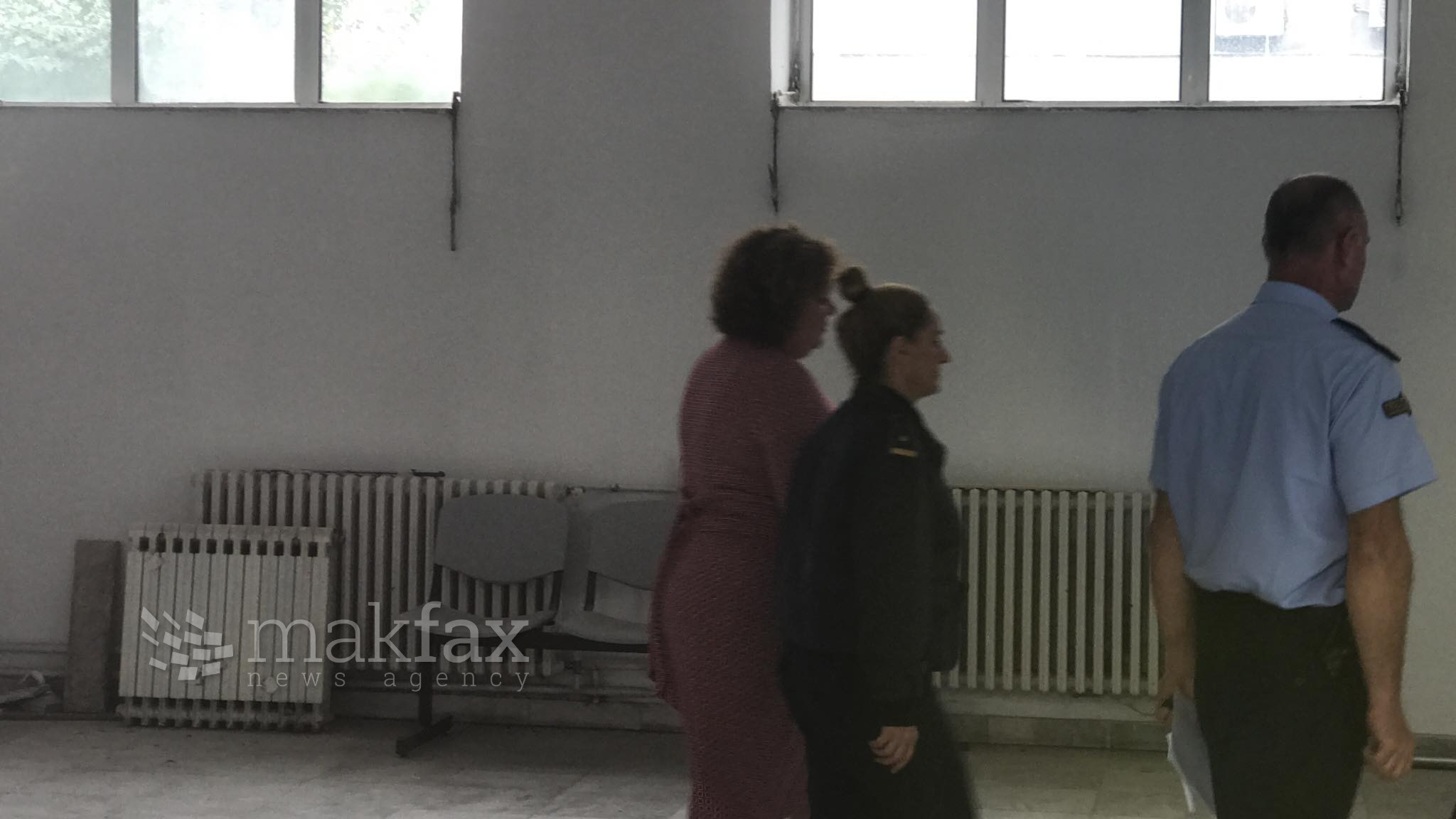 Janeva, suspected of running the biggest extortion racket in the country, showed up with handcuffs and police escort at the Prosecutor’s Office.

Janeva and two other suspects, all three remanded in custody, are alleged to be extorting money from a local business owner in exchange for lighter sentence or have charges reduced.

The former special prosecutor, Katica Janeva, was arrested in August on suspicion of offering leniency in exchange for cash to businessman Orce Kamcev after her office indicted him for corruption.

Janeva offered her resignation in July after local papers reported her alleged involvement in extorting well-known businessman Orce Kamcev. Janeva has denied any wrongdoing. Two other suspects have already been arrested on suspicion of extorting a total of 1.5 million euros from Kamcev.

Prosecutor Ruskovska announced on Monday that the investigation into the extortion case, known as ‘Racket’, has been wrapped up.