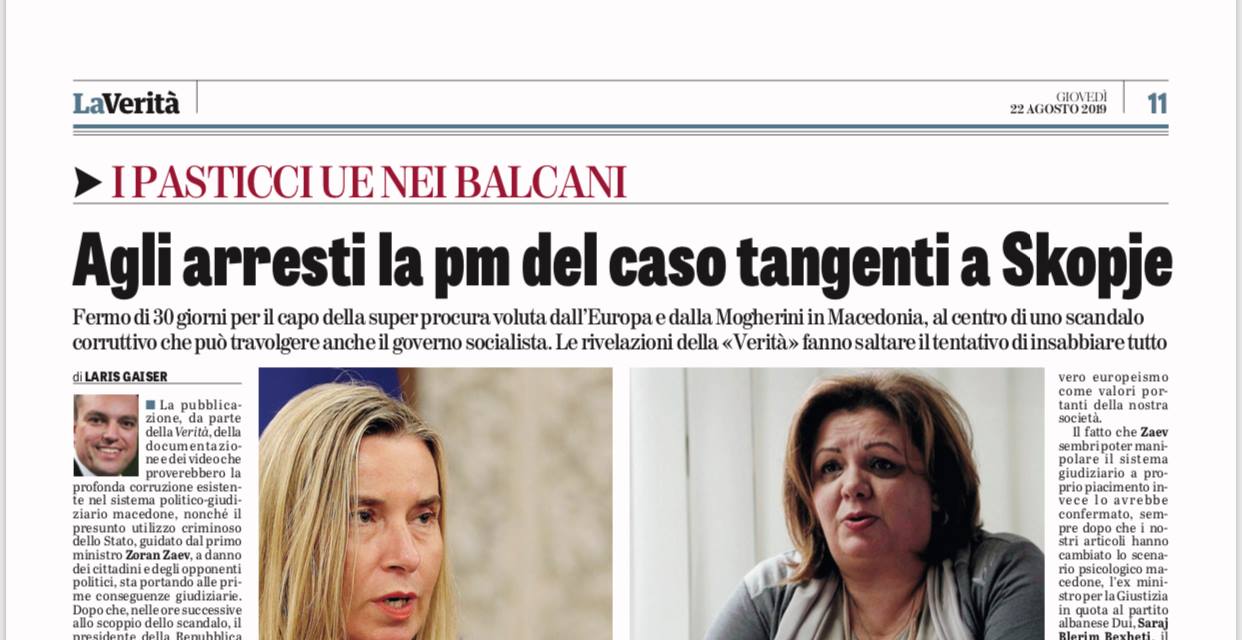 Italian newspaper La Verita hints additional evidence it claims will confirm that Macedonian authorities were directly supervising the extortion activities. The evidence will be shared as soon as security of sources is provided.

“By then, it seems that Katica Janeva is doomed to serve as lightening arrester

to protect all those, judges and politicians, involved in a scandalous extortion system and misgovernance during Zaev’s tenure,” La Verita said on Thursday, a day after special prosecutor Janeva was detained amid a widening investigation into high-profile extortion ring.

“It is now clear that the recordings we had shared online were not taken seriously by organized crime prosecutors led by Vilma Ruskovska, the woman who accidently was Zoran Zaev’s pick for next special prosecutor to replace Katica Janeva”.

“The almighty man tried to discredit our work always committed to truth, searching for the truth, accusing us of sabotaging Macedonia’s path to the EU and NATO. But his accusations turned futile,” says journalist Laris Gaiser, the author of the column in La Verita newspaper.

Zaev: Whoever has evidence against me make it public, it’s a free country