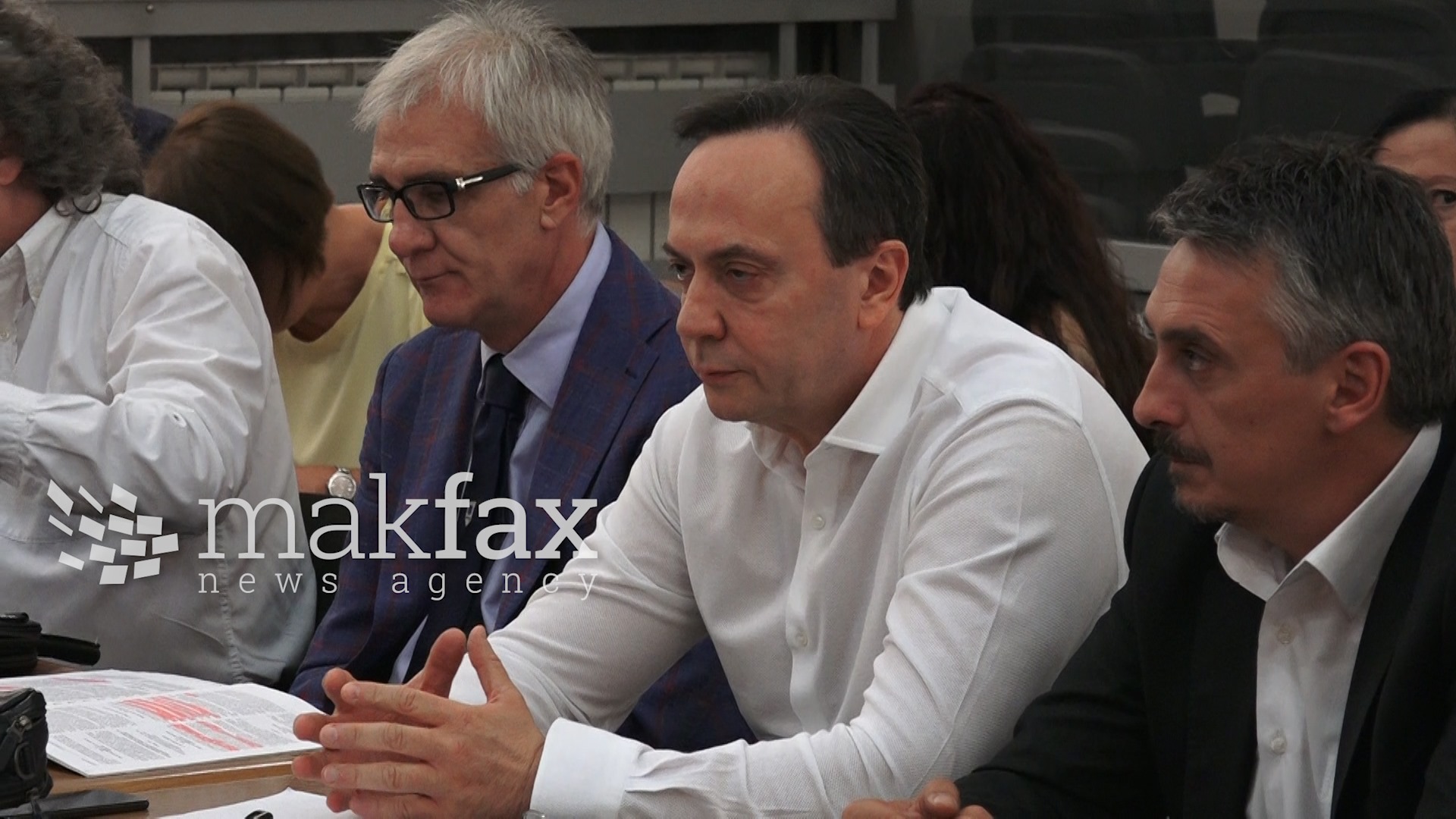 The lawyer of former intelligence chief Sasho Mijalkov has requested a delay of the hearing in the massive wiretap case “Target-Tvrdina”. He also sought termination of the trial, citing absence of competent prosecutor.

Ljupco Svrgovski, the defense lawyer of the former head of Security & Counterintelligence Directorate (UBK), Sasho Mijalkov, told the court Monday that only the Special Prosecutor’s Office (SJO) might investigate and prosecute criminal offences related to and arising from the content of the illegally intercepted communication.

“SJO is the sole institution authorized to prosecute criminal offenses arising from the content of the illegal wiretap operation,” Svrgovski said on Monday at the start of the hearing. He made it clear that SJO is the sole authorized prosecutor in the case that he represents,” defense lawyer told the court.

“A special prosecutor should have been present in the courtroom today. A public prosecutor with a general or lower jurisdiction may not represent cases of expanded jurisdiction,” he added.

Earlier, Skopje District Attorney Artan Ajro presented to the court a letter of attorney (power of attorney granted by the State Prosecutor – a legal document giving him the power to act for special prosecutor in the case – together with colleagues Lence Ristoska and Trajce Pelivanov, who were not present in the courtroom.

Zoran Verushevski, a former intelligence chief and incumbent security advisor of Prime Minister Zoran Zaev, appeared in the criminal court this morning to testify in the case. The previous hearing was adjourned due to technicalities related to delivery of court summons.

The indictment alleges that scores of former government officials, including the then counterintelligence chief Sasho Mijalkov, the then-minister of Interior Gordana Jankulovska had teamed up to conduct a warrantless wiretapping of citizens, mainly political opponents, journalists…the country’s biggest illegal wiretap operation. From 2008 to 2015, a total of 4.286 phone numbers had been wiretapped unlawfully.

In 2017, the SJO filed charges against 94 people, including former high government officials, over their involvement in alleged crimes revealed in tapes that emerged during a surveillance scandal that brought a government down.

The country was thrown into political turmoil in 2015, when opposition parties accused former prime minister Nikola Gruevski and his counter-intelligence chief of orchestrating the wiretapping of more than 20,000 people. The crisis prompted the EU to broker an agreement in which parties agreed to hold early elections and establish the office of the special prosecutor to investigate the content of the wiretaps.

Hearings in ‘Titanik’ and ‘Magyar Telekom’ cases scheduled for today