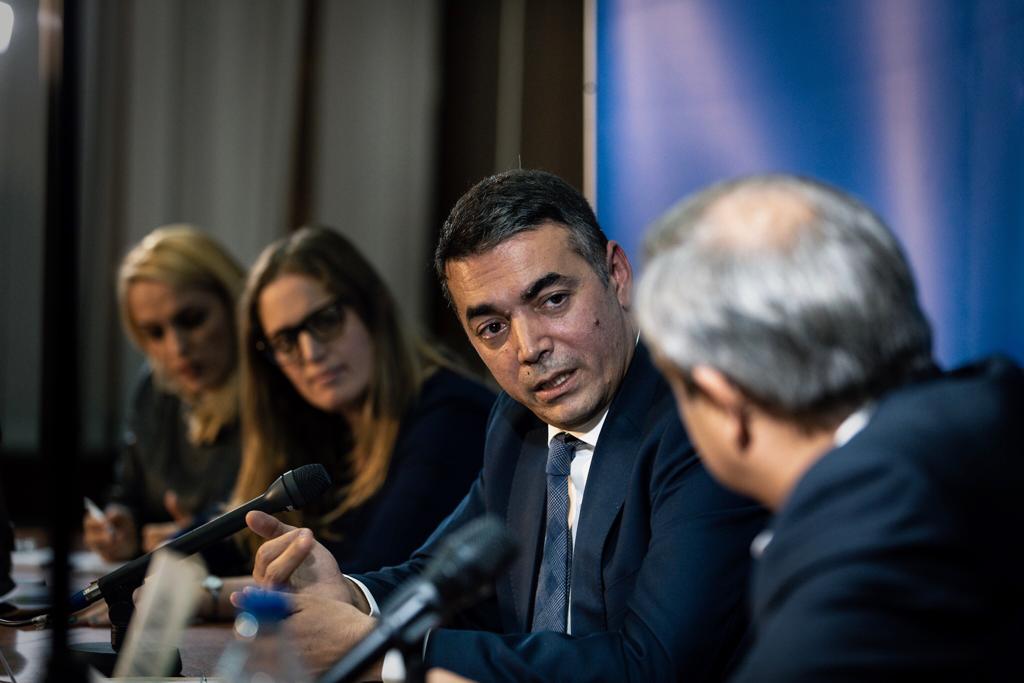 Foreign Minister Nikola Dimitrov took part in panel-discussion “The Role of Republic of North Macedonia in NATO”. The panel was in the framework of “NATO-Caravan”, organized by Info-Center for Euro-Atlantic Integration.

UK Ambassador Rachel Galloway was one of the keynote speakers at the panel held in Stip Wednesday.

In his remarks, Dimitrov highlighted the strategic importance of our country’s accession in NATO as its 30th member. He stressed NATO membership will provide positive contribution to stability and predictability in times of regional, global uncertainty. It will give a boost to the economy, foster economic growth and increase foreign investment inflows.

The principle of collective defence is at the very heart of NATO’s founding treaty. It remains a unique and enduring principle that binds its members together, committing them to protect each other and setting a spirit of solidarity within the Alliance.

The NATO Caravan aims to encourage debate on the benefits of the Euro-Atlantic integration. It is supported by the British Embassy, Dutch Embassy, the NATO Public Diplomacy Division, and North Macedonia’s Ministry of Foreign Affairs.