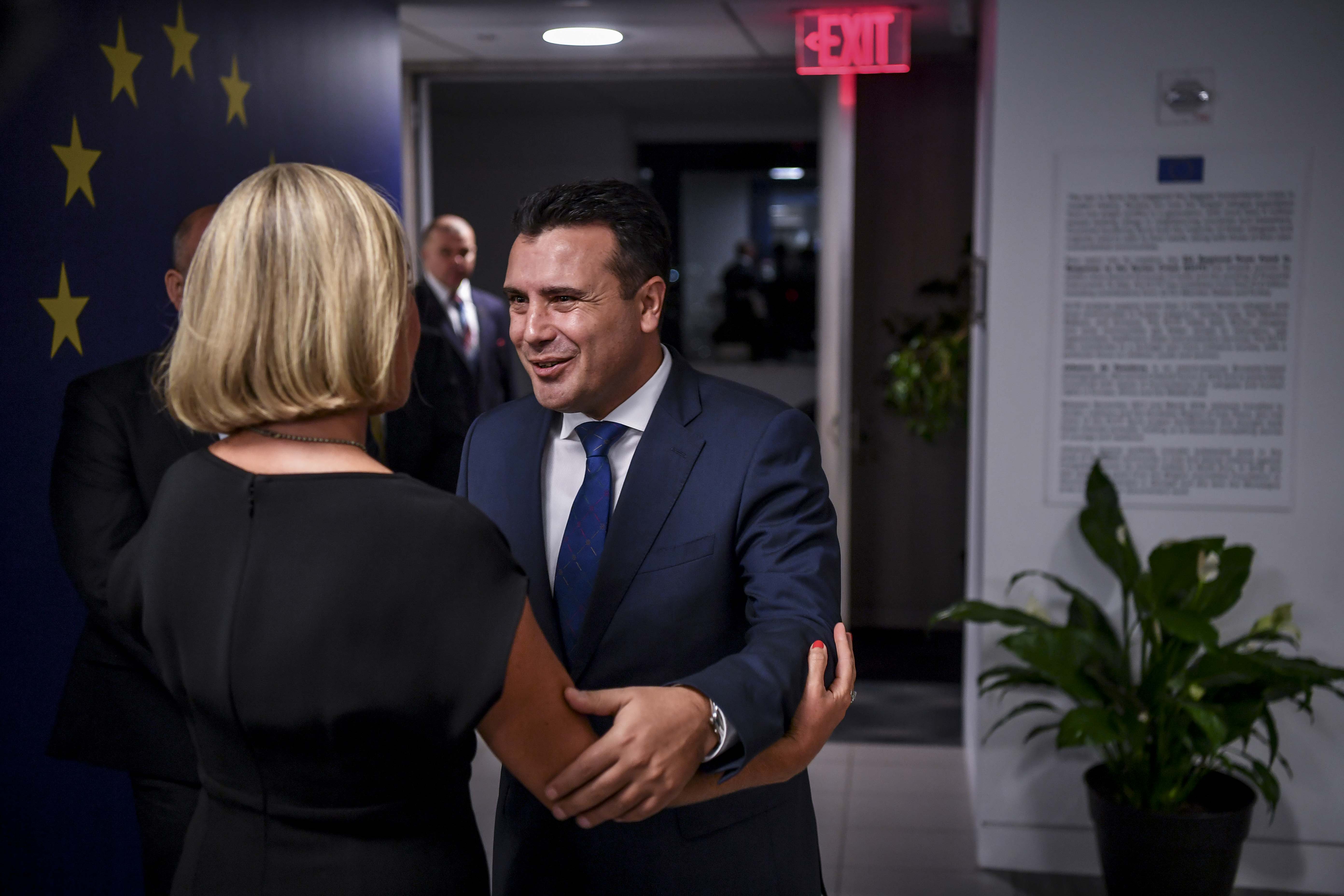 Mogherini, High Representative for Foreign Affairs and Security Policy/Vice-President of the European Commission, hosted on Sunday night a traditional working dinner with the leaders of the Western Balkans partners on the sidelines of the 74rd UN General Assembly in New York.

In remarks to the High Representative and his counterparts from the region, Zaev stressed that EU’s decision on start of accession talks with North Macedonia  is just a few weeks away, adding that his country expects a positive decision.

The government strongly believes that North Macedonia deserves a date to open accession talks at the soonest opportunity, Zaev said at the working dinner.

North Macedonia expects to get a date for the start of EU accession talks in October, Zaev said, adding that a start to accession talks would help persuade young people not to leave the country and seek a European style of life elsewhere.

In view of the clear European Union perspective the Western Balkan has, Mogherini and the representatives from the region reviewed substantial progress achieved and looked at the tasks ahead. They expressed support for the opening of the EU accession negotiations with North Macedonia and Albania, underlining this decision is crucial not just for both countries concerned, but for the whole region and for the EU. They all supported the continuation of the Serbia-Kosovo Dialogue and the early conclusion of a legally binding agreement on full normalization of relations.

The European Commission formally recommended in May that North Macedonia should start negotiations to join the EU. The country had hoped to get the date to start accession talks in June, but the Commission postponed the decision for October.

The New York working dinner came just a few weeks before EU member states are due to decide at a summit in mid-October, whether to open talks with North Macedonia and Albania, as advised by the European Commission.

Boki13 brought in for questioning in connection with extortion racket