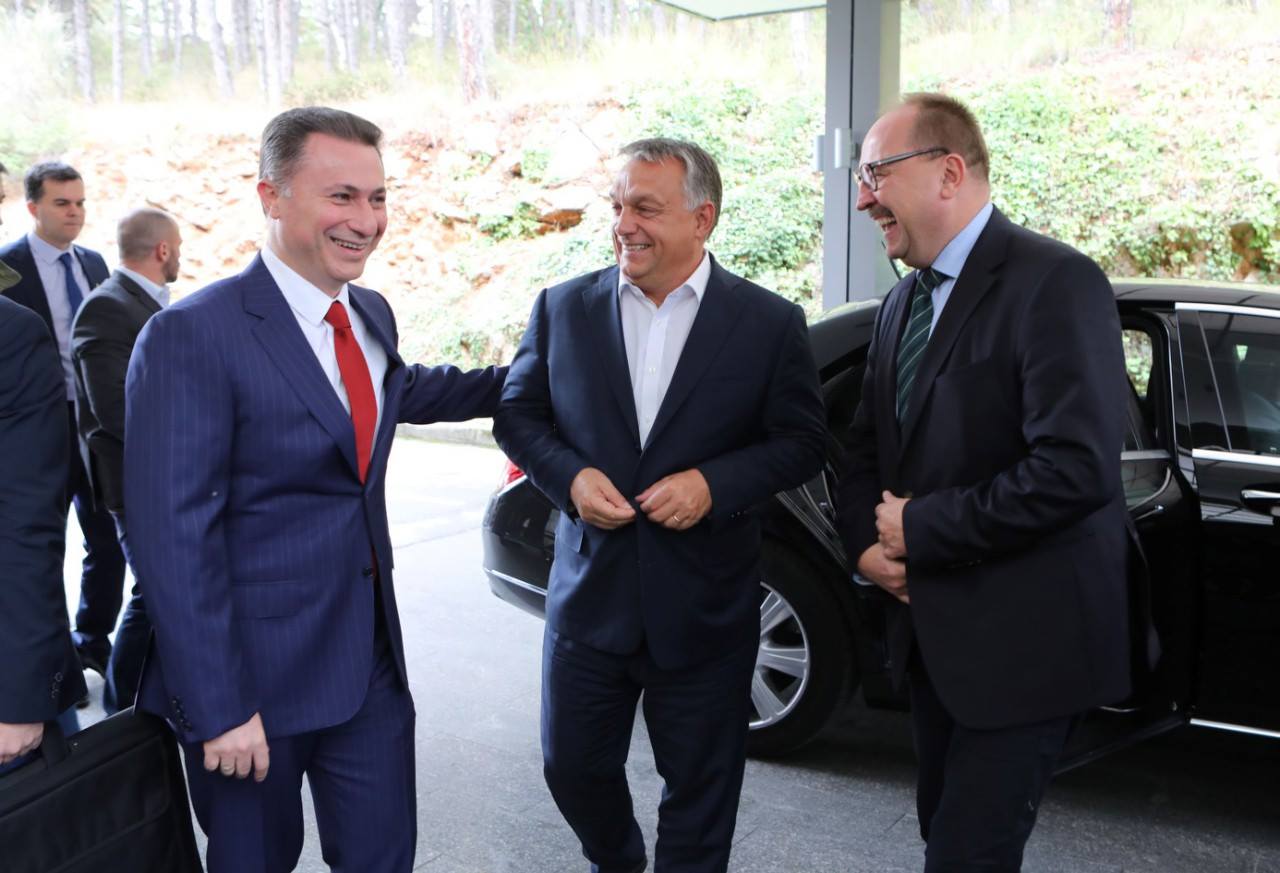 Without the former Prime Minister of Macedonia Nikola Gruevski it would have been much more difficult to protect the Hungarian border, said Prime Minister Viktor Orban, when asked about the asylum status Gruevski was granted.

Obran said that Hungary treats associates justly, and pointed out that Gruevski is his associate as well as of the Hungarian people.

“We cannot exclude the legal procedures, but we can allow a fair treatment,” Orban underlined.

The Hungarian prime minister believes that the organizations linked to George Soros are involved in the persecution of Gruevski.

Regarding the court procedures against Gruevski, Orban said:

“These are some complicated disputes, and the legal system is a part of those.”

“Authorities will decide what to do regarding the extradition,” Orban stated.

In an interview with the Hungarian national radio, Orban recalled that while on his prime minister post, Gruevski asked for help from Hungary to set up a wire fence around the Macedonian borders and Hungary helped.

European Commission: Gruevski’s Case Must Solely Be Seen from Legal Not Political Aspect