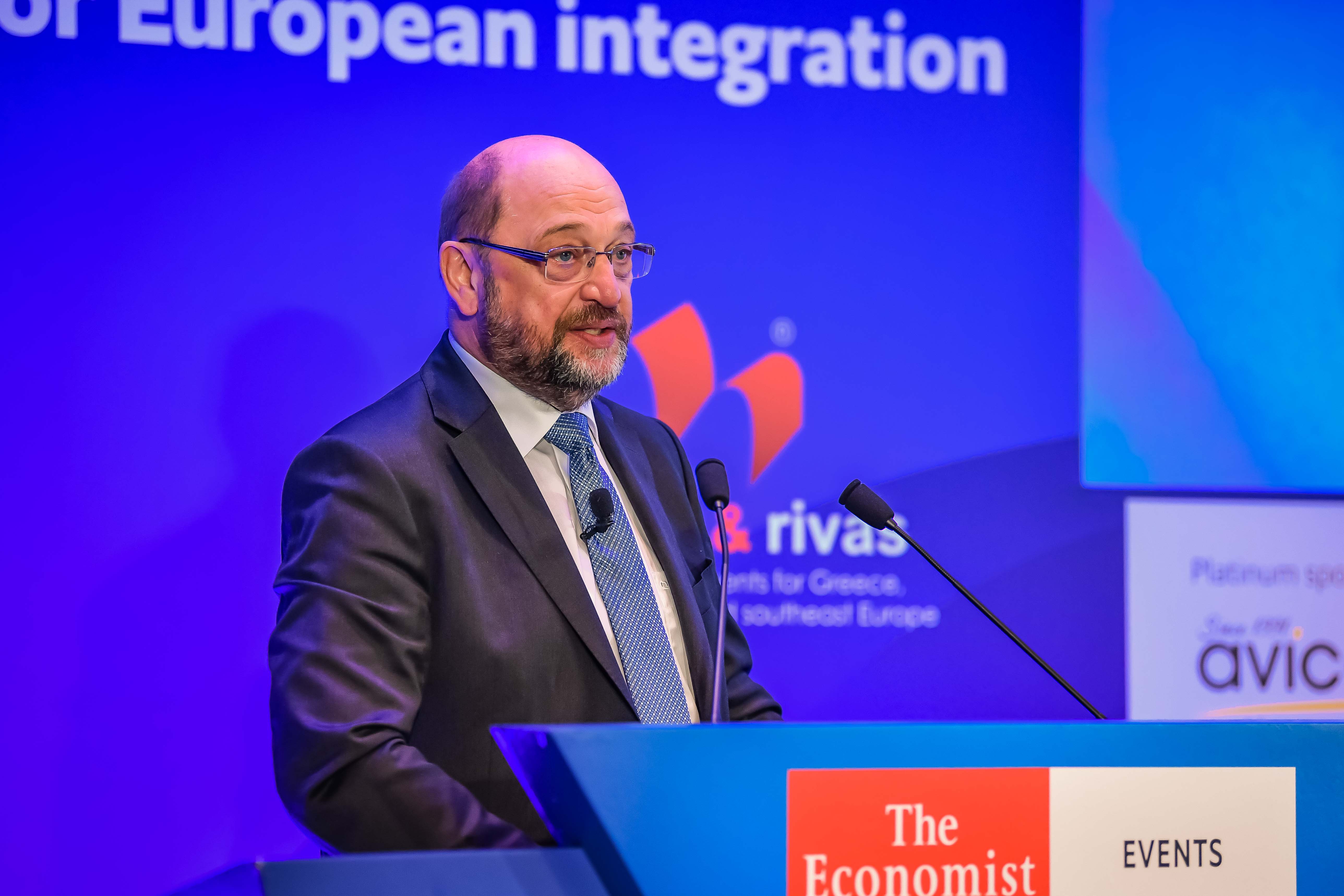 Former president of European Parliament Martin Schultz, in his remarks to the Western Balkans Summit in Skopje Tuesday praised the prime ministers Zoran Zaev and Alexis Tsipras [Greece’s former PM] in the signing of Prespa Accord in 2018, saying the two had played a highly significant role.

“It is precisely the resolution of this dispute, and embracing the Western Balkans as a region that must be integrated into the EU –  an argument that North Macedonia and Albania should be rewarded with launch of EU accession talks,” Schultz said at the panel discussion.

“The Western Balkans’ integration in the EU should be encouraged and supported as soon as possible,” Schultz said.

The Economist conference brought together scores of guests, including former dignitaries, politicians, journalists and business people to discuss ways to reinforce the momentum for European Integration.