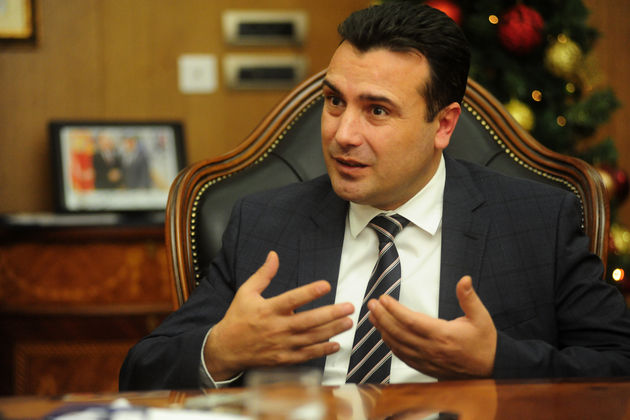 Macedonian Prime Minister Zoran Zaev, in an interview with Greek newspaper Efimerida, spoke about the friendship between Macedonia and Greece, the benefit of Prespa agreement, the ongoing process in parliaments of Macedonia and the Greece, NATO membership prospects, and Nobel peace prize nomination.

Zaev stressed that Macedonia and Greece and the two countries’ citizens could become sincere friends, but he ruled out the possibility of amending the Prespa agreement in the future.

“The process is irreversible. There is no possibility for anyone to change the Prespa Treaty. It is a law, a change of the Constitution. We are amending the constitution because we believe in the future for our citizens and for the region. We want to send a message to Europe a message about European Balkan. Indeed, Greece has the right to be the region’s leader country,” Zaev has told the Greek newspaper.

PM Zaev said he hopes the two countries’ parliaments will greenlight the agreement Macedonia and Greece had signed last year.

“I worry about the final outcome in parliament both in Skopje and Athens. In the end of the day, the parliamentarians have the final say.

Commenting the relations with his Greek counterpart, Alexis Tsipras, Zaev said he is pleased about making a new friend, hoping to meet him in Skopje or Athens soon.
Zaev ruled out the possibility to run for president, saying he would not miss the big moment of deal implementation, “a moment that will bring us the most joy”.