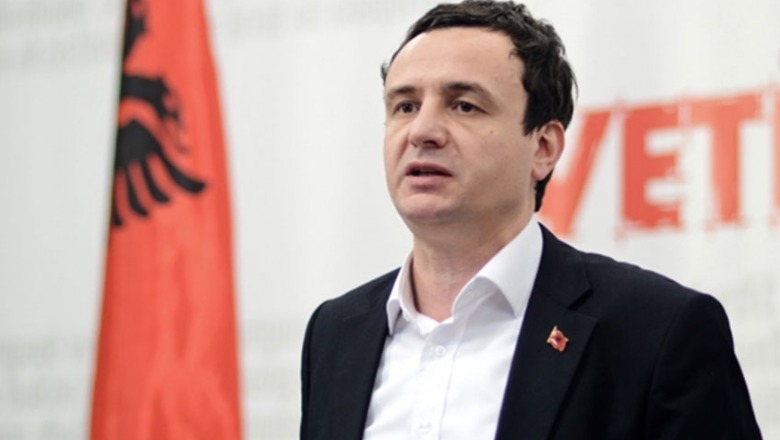 Albin Kurti, most likely the next prime minister of Kosovo, said on Wednesday that merging of Albanians could not happen in the European Union, but an idea on confederation could exist.

Self-determination (Vetevendosje) party came first in Sunday’s general elections, and the incoming prime minister,  who was once a vocal advocate for merging Kosovo and Albania, now advocates merger of  Kosovo and Albania into a federation similar to Germany, with decentralized institutions.

“I can’t say that the national unification happens in the EU,” said Kurti, He said he plans to take charge of the EU-led talks previously run by President Thaci, his main political enemy.

Kurti earlier hinted revision of all agreements which Pristina and Belgrade signed during the EU-mediated dialogue on normalization of relations, which has been on hold since last November, following Pristina’s decision to introduce 100% import tariffs on goods from Serbia and BiH.

Kosovo opposition Vetevendosje party is set to come first in the parliamentary election with 26 percent of votes, slightly ahead of the Democratic League of Kosovo party which won 25 pct of votes, preliminary results showed.

Political prisoner turned parliamentary troublemaker Albin Kurti is within reach of becoming Kosovo’s next prime minister after an electoral triumph that could reshape the political scene in Europe’s youngest country. According to preliminary results, Vetevendosje came first with nearly 26%, just ahead of another opposition party, the centre-right LDK. The pair say they are open to talks on a coalition to secure a ruling majority.

Borrell: If China, India and Russia do not recognize Kosovo, it will not achieve statehood