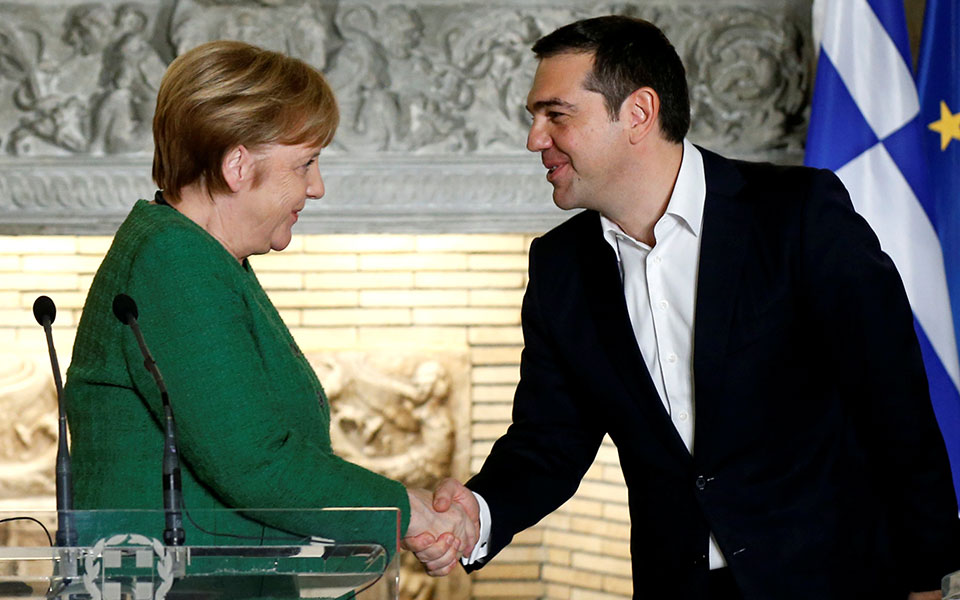 German Chancellor Angela Merkel, who arrived in Greece on Thursday for a two-day visit, at a joint press conference with Greek Prime Minister Alexis Tsipras, has referred to Macedonia as Northern Macedonia, according to Greek daily Ekathimerini.

“I am grateful for the Prespa Agreement. It really closes a circle. When Mr. Tsipras came to Berlin for the first time, things were different. Confidence has developed between us, I know that the Greek people have gone through a difficult period. The Greeks had to suffer painful reforms,” Chancellor Merkel has told a news conference.

While referring to the Prespa agreement, Merkel is quoted by Ekathimerini as saying “I am grateful to Alexis Tsipras who worked with Mr Zaev on a solution to the name dispute. The name Northern Macedonia is clear. It is clear that relations are formed. I can only congratulate the Greek Prime Minister because the solution will benefit us all – Greece, Northern Macedonia and the whole of Europe ”.

Merkel welcomed Tsipras’s determined efforts to resolve the perennial row over Macedonia’s name, supporting a landmark agreement that will see Greece’ s northern neighbor being renamed the Republic of Northern Macedonia. Germany, like other EU members, says resolution of the dispute is crucial to shoring up the stability of the fragile western Balkans at a time of mounting Russian influence in the region.

Greek PM Tsipras praised the deal reached between Athens and Skopje, noting that it can set a positive example, a “model” for solving other problems in the region. He described Geece as a pillar of stability in the region. Tsipras said the country used to be a part of the problem but now it is part of the solution.