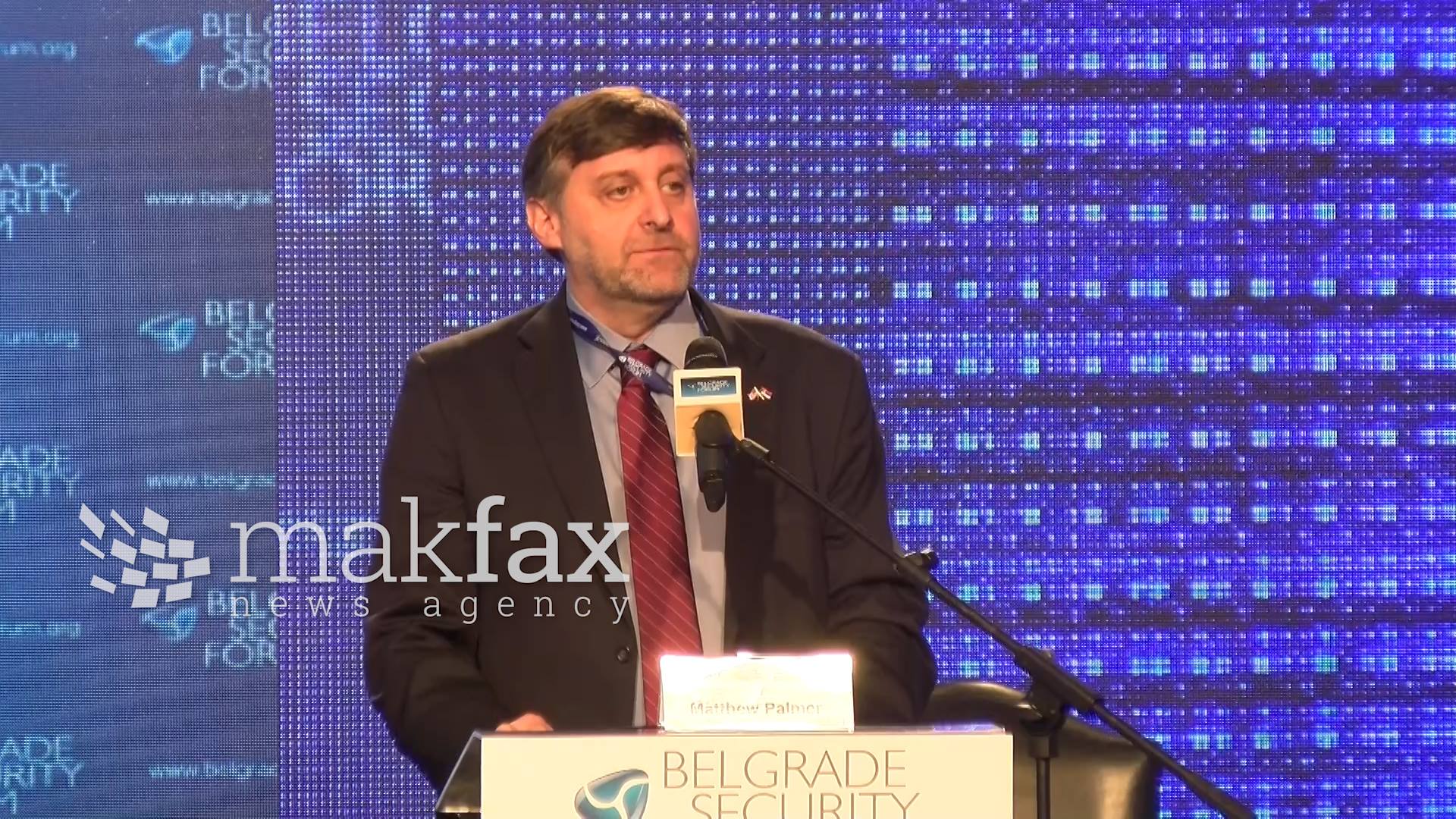 Palmer, who was named to the envoy’s post in an effort to encourage Balkan integration into European institutions, held a meeting Montenegrin Prime Minister Dusko Markovic during his visit to Podgorica.

Palmer praised Montenegro, calling it the most successful country in the region and noting it was no coincidence that Montenegro is the first country he visits after being appointed to a new post.

“Montenegro is a leader and the most successful multi ethnic-country in the region and it is no coincidence that I visit it first after taking over this position”, Palmer is quoted by local media as saying. According to Palmer, the new post shows the United States is again focused on the region.

In a statement on August 30, the U.S. State Department appointed Deputy Assistant Secretary Matthew Palmer as the special representative for the Western Balkans with a mandate to help integrate the region into Western institutions.

The State Department said Palmer will lead U.S. efforts to strengthen “diplomatic engagement in support of peace, stability, and prosperity in the region and focus on integration of the Western Balkan countries into Western institutions.

Palmer will continue to serve as deputy assistant secretary in the Bureau of European and Eurasian Affairs, a position he has held since 2018. Previously, he was director of the Office of South Central Europe.

Slovenia Seeks to Enhance Partnership with Russia Despite Sanctions