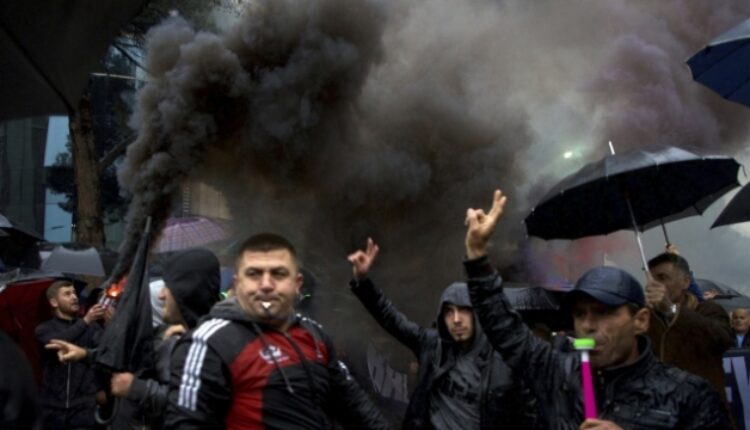 Thousands of people have taken to the streets in Albania’s capital Tirana to demand their government’s resignation over claims of corruption and election fraud.

Anti-government protesters hurled Molotov cocktails and flares at riot police despite the call by the US and EU to restrain from violence.

Thousands of demonstrators, many holding umbrellas, marched on May 13 in rain that at times mixed with clouds of white smoke from flares. Police officers did not respond.

The United States and EU lawmakers have called for calm after weekend protests turned violent. A U.S. Embassy statement in Tirana on May 13 called on opposition leaders to condemn violence and “ensure that all future public protests are orderly and peaceful.”

European parliamentarians also called on Albanians “to restrain from all forms of violence.”

Albania expects to hear in June whether the EU will grant its request to launch full membership negotiations.