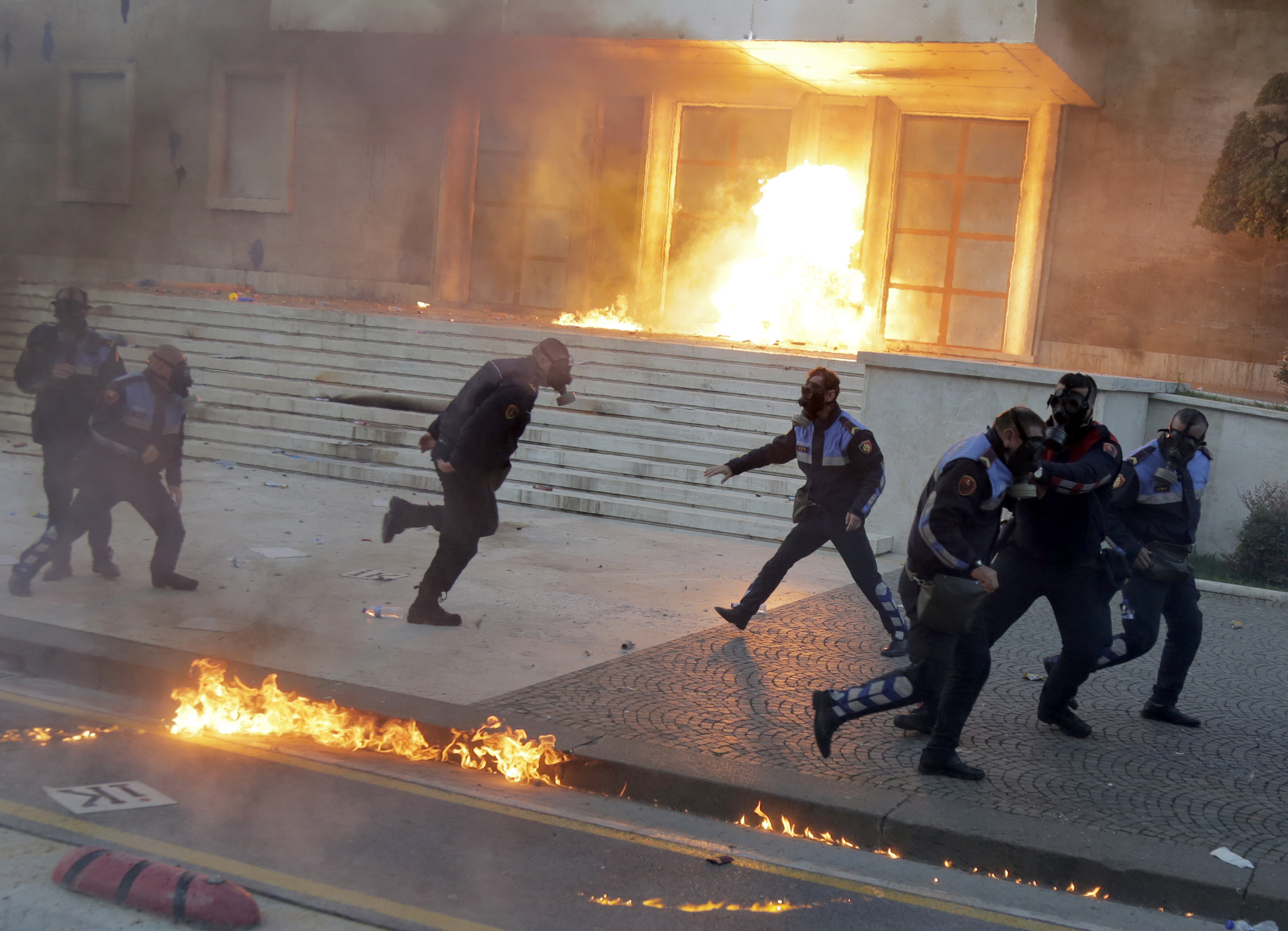 The U.S. Embassy in Tirana called on opposition leaders in Albania to ensure that all future public protests are orderly and peaceful, urging them to engage in a constructive dialogue aimed at bringing an end to the political impasse.

A U.S. Embassy statement in Tirana Monday called on opposition leaders to condemn violence and “ensure that all future public protests are orderly and peaceful.”

“Violent demonstrations are damaging Albania’s democratic reform efforts and the country’s prospects for moving forward on the EU path,” the embassy statement said. It also urged the protesters “to engage in a constructive dialogue aimed at bringing an end to the political impasse.”

European parliamentarians also called on Albanians to restrain from violence in their anti-government protests.

The European Union lawmakers called on Albania’s center-right opposition parties “to restrain from all forms of violence”, noting that the recent violence “could give the wrong impression that Albania is not ready for the opening of the accession negotiations in June this year.”

Albania expects to hear in June whether the EU will grant its request to launch membership negotiations.

Protests over the weekend turned violent with opposition supporters showering police officers with Molotov cocktails while police responded with tear gas. Injuries were reported on both sides.

The protesters are demanding a transitional government and an early election.

The opposition has been holding protests since mid-February, accusing government officials of corruption and of stealing votes in the parliamentary election two years ago. They are demanding a transitory government and an early election.