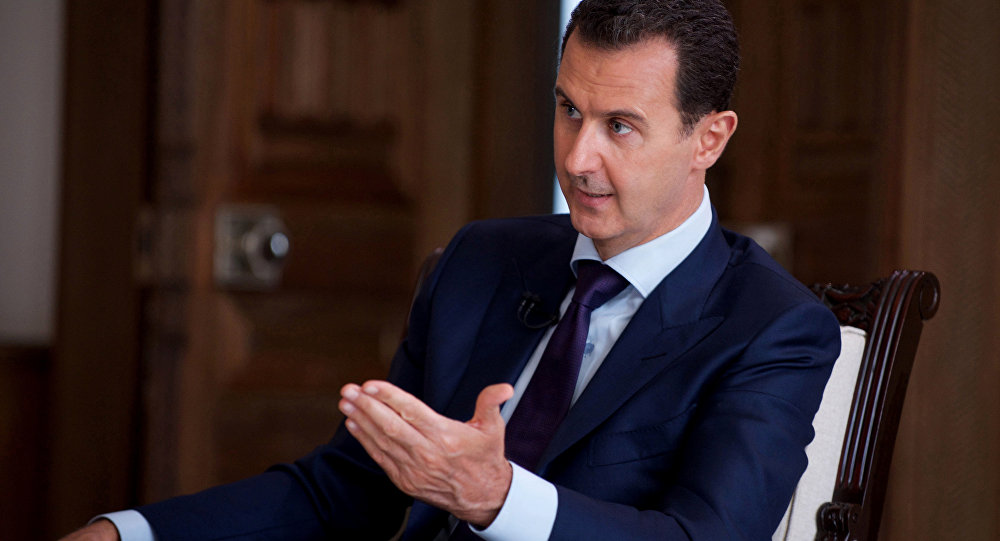 Russia and Turkey reached an agreement on the creation of a 9-12 mile demilitarized zone in Idlib between Syrian forces and militants concentrated in the region last month in a bid to avoid needless carnage and possible Western intervention, Sputnik reports.

“The Russian-Turkish deal to prevent an offensive by Syrian troops to liberate Idlib is a “temporary one,” but has served to prevent bloodshed, President Bashar Assad said, speaking before members of the Central Committee of the ruling Ba’ath Party on Sunday.

Damascus, Assad noted, has not given up on its goal of restoring control over all of Syria. Addressing Western opposition and threats against a Syrian offensive in Idlib, Assad said that such objections were “hysterical,” adding that a victory by the Syrian Army would foil the West’s aggressive plans to divide Syria.

Syria, according to the president, is now entering a new “battle” to rehabilitate those elements of Syrian society which collaborated with or otherwise supported “chaos and terrorism.”

In recent months, with Russian assistance, the Syrian government has struck a number of deals on reconciliation with non-jihadist former militants, allowing them to return to a peaceful life in exchange for laying down their weapons and accepting the return of Syrian civil administration.

On Monday, Russian Deputy Foreign Minister Sergei Vershinin told Sputnik that the borders of the demilitarized zone between Syrian forces and militants in Idlib have “been determined,” and that the Russian and Turkish military forces have established “very good contacts, cooperation, and ties” with one another. The Idlib demilitarized zone, agreed on between Presidents Vladimir Putin and Recep Tayyip Erdogan in Sochi on September 17, is expected to be fully established by October 15. Under the deal, Ankara has promised to assist with pushing terrorist groups concentrated in Idlib out of the region. Last week, Turkish media reported that Nusra Front* jihadists had agreed to disband, withdraw their forces from the Idlib demilitarized zone and modify their ideology under pressure from Turkish intelligence.