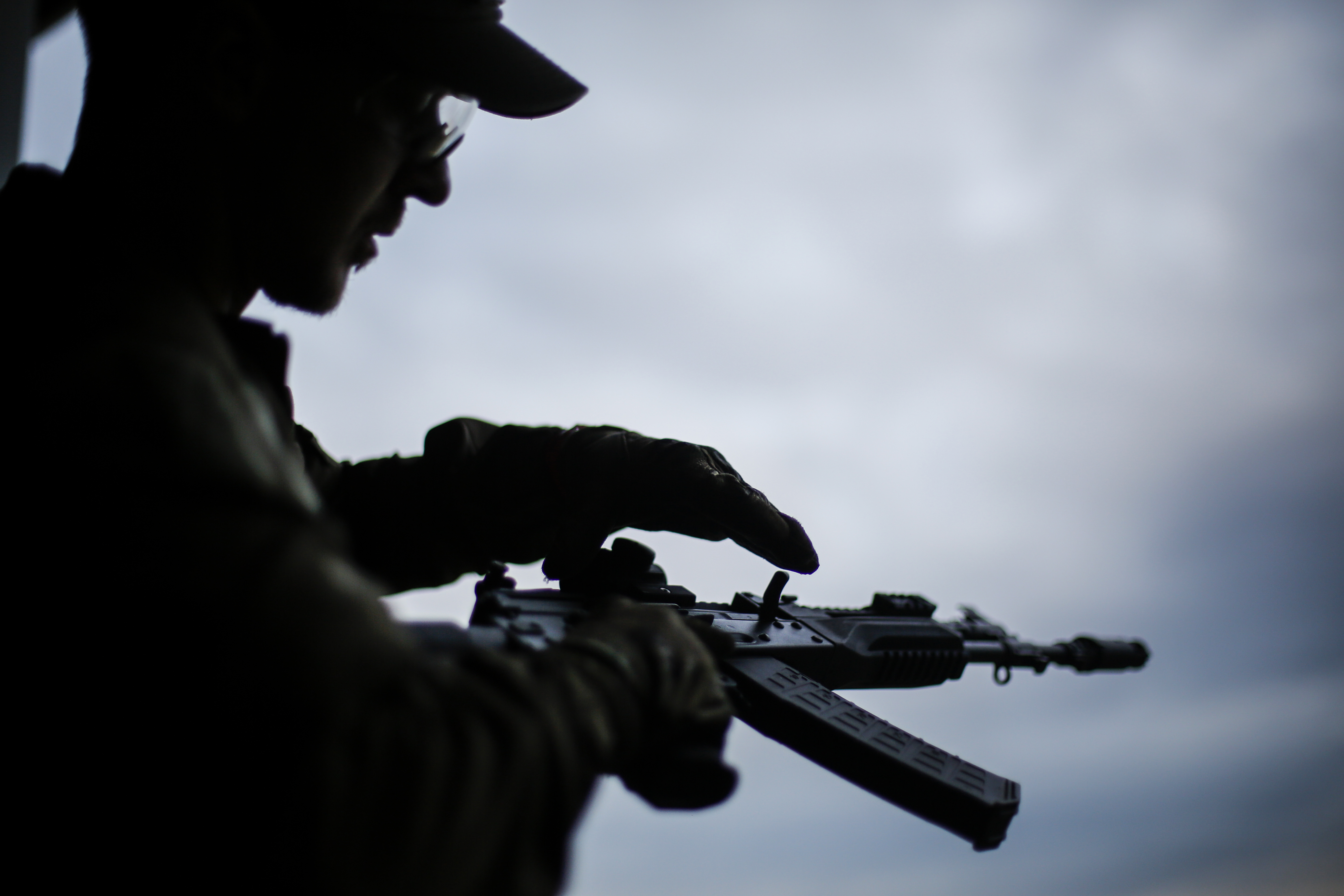 Democratic presidential candidate Pete Buttigieg strides past an oversized photograph of himself dressed in fatigues, the Afghan horizon behind him, as he enters a Des Moines arena for an Iowa Democratic Party gala, The Associated Press writes.

In his first Iowa television ad, he holds a rifle and points it toward the rubble at his feet, introducing himself, “As a veteran …” Like candidates from the time of George Washington, the South Bend, Indiana, mayor is leaning hard on his seven-month deployment as an intelligence officer in Afghanistan as a powerful credential. As he does, he walks a narrow path between giving his wartime service its due and overstating it, AP adds.

Buttigieg is careful not to call himself a combat veteran even as he notes the danger he faced. One of his former competitors for the Democratic nomination, Rep. Seth Moulton of Massachusetts, has drawn a sharp contrast between his four combat tours in Iraq and Buttigieg’s service. And a former commanding officer, who said he thinks Buttigieg would be within his rights to say he is a combat veteran, nonetheless questions the use of a rifle in his ads, AP writes.

As support for his campaign grows, Buttigieg can expect more intense scrutiny of his military record in a political climate where military service is far from sacred, as past attacks on the records of Republican John McCain and Democrat John Kerry show.

Buttigieg addressed the subject with reporters during a recent bus tour in northern Iowa. “It kind of felt like combat when the rocket alarm went off. But I don’t feel prepared to use that term for myself.”

Buttigieg and Rep. Tulsi Gabbard are the only Democratic candidates with military experience. He would not only be the first Democratic president to have served in the armed forces since Jimmy Carter, he would be the first veteran of a post-9/11 war, AP notes.

Buttigieg volunteered for service and was quickly recognized for his intellect. Retired Col. Guy Hollingsworth chose Buttigieg as the lead analyst tracking the flow of money to terrorist cells in Afghanistan, information that would inform combat operations.

Though more of Buttigieg’s time in Afghanistan was spent working in a secured intelligence office as an officer in the U.S. Navy Reserve, his dozens of trips outside U.S./NATO headquarters in the fortified Green Zone make him a combat veteran in the eyes of Hollingsworth, Buttigieg’s commanding officer, AP writes.

U.S. Condemns Use of Force in Hong Kong Protests