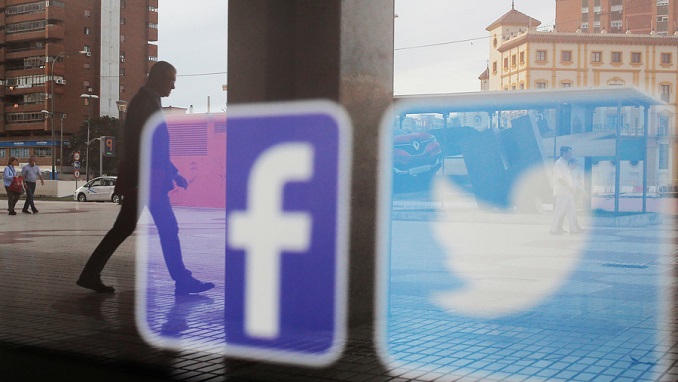 Facebook and Twitter have reported successes in battling alleged information manipulation by Iran-linked accounts. However, an overexcited mainstream media eager to expose ‘Russian meddling’ did not hesitate to blame Moscow, RT reports.

“We’ve removed 652 Pages, groups and accounts for coordinated inauthentic behavior that originated in Iran and targeted people across multiple internet services in the Middle East, Latin America, UK and US,” Facebook wrote, in a long blogpost detailing the suspicious behavior, allegedly linked to Tehran. The company noted that they were acting based on a tip from a cybersecurity firm FireEye, known for its work in exposing ‘Russian hackers’ and funding the controversial Center for European Policy Analysis.

Nearly simultaneously, Twitter announced that “working with our industry peers today, we have suspended 284 accounts from Twitter for engaging in coordinated manipulation. Based on our existing analysis, it appears many of these accounts originated from Iran.” The news probably wouldn’t get that much attention, if Facebook did not mention Russia in the very end of their blogpost, explicitly calling it a totally “unrelated” case.

“Finally, we’ve removed Pages, groups and accounts that can be linked to sources the US government has previously identified as Russian military intelligence services,” the social media giant wrote in bold text. It provided no number of removed accounts, when exactly they were blocked, or any details of their alleged wrongdoings. The company only said that some of these accounts are believed to be “associated with Inside Syria Media Center,” which, according to the Atlantic Council aka the academic wing of NATO, is “covertly spreading pro-Russian and pro-Assad content.”

“To date, we have not found activity by these accounts targeting the US,” the Facebook emphasized. The company also said nothing about any attempts to undermine US electoral process, besides a vague statement that their investigation efforts had been “stepped up ahead of the US midterm elections.”

But one brief mention of Russia and upcoming US elections was just enough to unleash a torrent of headlines implying that another major Kremlin-backed assault on US democracy had barely been averted.