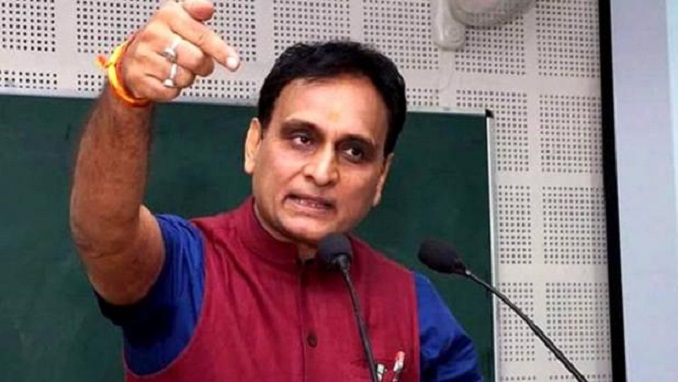 “It is time to launch a drive to get rid of Christian missionaries from the country,” said the ideologue from the Hindu group Rashtriya Swayamsevak Sangh (RSS—National Volunteer Corps).

The RSS is widely seen as an umbrella organization working for Hindu hegemony.

“Christian missionaries in the past 300 years worked to destroy the culture of the indigenous people,” Sinha said in the interview published in the mass circulation Dainik Jagaran (Daily Vigil).

The states of Madhya Pradesh, Rajasthan and Chhattisgarh, with 165 million people who are 90 percent Hindu, are facing polls at the end of this year that are seen as a curtain raiser for federal elections in May. All the three states are now ruled by the BJP and anti-incumbency factors threaten its re-election prospects because of what Abraham branded as sheer non-performance.

People were generally “fed-up” with the BJP making hollow promises as well as over price rises and growing unemployment.

“The BJP and its supporters know they have to play the communal card to get Hindu votes,” Abraham said.

Prabhakar Tirkey, who is the president of the Rashtriya Isai Mahasangh ecumenical forum, said at the press conference held in eastern Jharkhand state, that Sinha’s attack on missioners was not in keeping with the facts of history. Tirkey, a tribal native of Jharkhand state, said that people such as himself had benefited from health and education services provided by missionaries, these days known as missioners, adding that only a few decades ago government help in these fields hardly existed.

“Now many indigenous persons like me stand up for our rights and speak against their centuries old exploitation and discrimination under the Hindu caste system in which lower caste people and tribals are treated as inferiors,” he told ucanews.com.

He said Hindu groups feared tribal and lower caste people becoming educated and challenging their upper caste hegemony. They considered that missioners were in this regard undermining their notion of what India should be, Tirkey said. He challenged Sinha to substantiate with facts and figures his claim that missioners were destroying Indian culture and dividing tribal people.

Tirkey and others said they would petition Indian President Ram Nath Kovind and the chairman of the Rajya Sabha, the upper house of Indian parliament, to expel Sinha. Deepak Tirkey, a Christian and native of Ranchi, told ucanews.com that the BJP and Hindu groups are upset with Christians and missioners in Jharkhand for resisting anti-tribal actions of the state government.