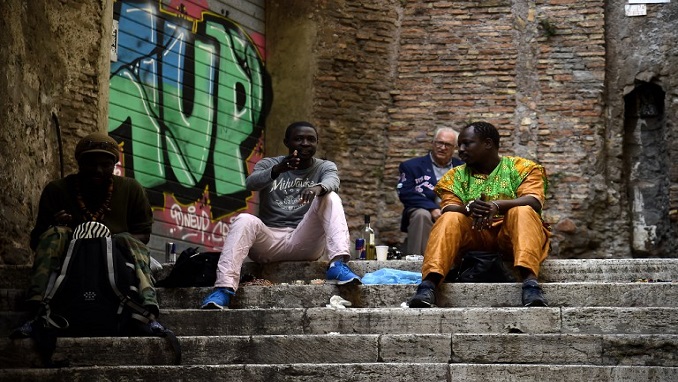 Italians overestimate the numbers of non-EU immigrants to their country more than any other Europeans do, according to new research that compared survey results with population data. While Italians believe that immigrants from outside the EU make up 25 percent – an entire quarter – of Italy’s total population, the real figure is just under 8 percent.

That makes for a “perception error” of 17.4 percent, said Bologna-based think tank the Istituto Cattaneo, which compared the results of the latest EU-wide Eurobarometer opinion poll with official data from the EU statistics office Eurostat. No other European country showed such a wide gap, the institute said. The closest other countries were Portugal (14.6 percent), Spain (14.4 percent) and the UK (12.8 percent), while at the other end of the scale, people in Croatia (0.1 percent), Sweden (0.3 percent) and Denmark (2.2 percent) gave the least inflated estimates of immigrant numbers. Estonians were the only respondents to underestimate the number of immigrants in their country, by -1.1 percent.

Among Italians, people in the south and centre of Italy, big city dwellers, people without a university education, the working class and those who identified themselves as right-wing tended to overestimate the number of immigrants in Italy the most, the Istituto Cattaneo said.

Countries with the biggest misperception of immigrant numbers tended to show more evidence of hostility to immigrants and minorities, the Istituto Cattaneo found when it cross-referenced its analysis with a recent survey on nationalism by the Pew Research Center. In that poll, Italians scored highest out of 15 European countries on a scale of nationalist, anti-immigrant and anti-religious minority attitudes.

Italy’s attitudes to immigration are also more negative than most of its neighbours, according to the Eurobarometer. Some 74 percent of Italian respondents said that immigration leads to higher crime rates, while 58 percent said that immigrants take jobs from natives and 62 percent thought they were a burden on the welfare system, all rates that were higher than the EU average. Italy’s new government has taken a hard line on immigration, with Interior Minister Matteo Salvini promising to end migrant arrivals by boat and deport hundreds of thousands of people who don’t have permission to stay.

Salvini, whose League party has seen its approval rating rise since he took office, has accused immigrants – including those who are in Italy legally – of committing a disproportionate number of crimes and regularly uses his social media accounts to highlight reported offences by foreigners. His opponents have accused him and his allies in government, the populist Five Star Movement, of stoking a “climate of hatred”. Though Salvini dismisses such claims as “nonsense”, since the coalition came into power in June Italy has seen a rise in reports of attacks suspected to be racially motivated, including a beating that left a Moroccan man dead, an attack on a teenage Senegalese waiter and an air pistol shooting that injured a 14-month-old Roma girl.

While Italy is “not necessarily” becoming more a more hostile place for foreigners, historian and nationalism researcher Dr Andrea Mammone told The Local recently, “a minority of people now are much more outspoken, where they probably were not outspoken before. And this is because the political climate in Italy is fundamentally supportive of hostility towards migrants.”