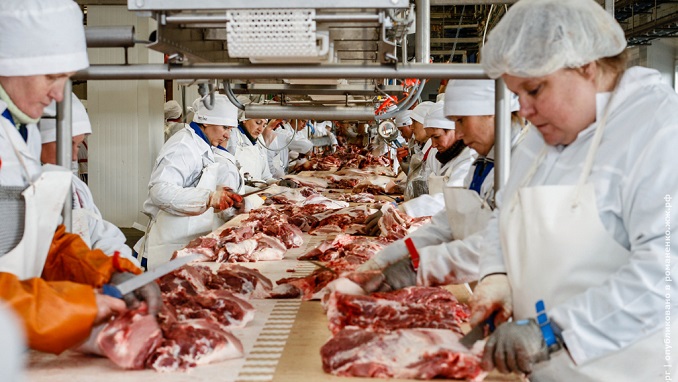 Kazakhstan imposed this week a temporary ban on the imports of animals, meat, milk, and raw materials obtained from the slaughter of animals, due to foot-and-mouth disease, AKI Press reports citing the press service of the Kazakh Ministry of Agriculture.

“In accordance with the official notification from the World Organisation for Animal Health, the Ministry of Agriculture of the Republic of Kazakhstan informs that starting 14th January 2019, temporary restrictions have been imposed on the imports of FMD-susceptible animals, as well as beef, pork, mutton, milk and dairy products, including finished and heat treated products, non-food raw materials and products obtained from the slaughter of FMD susceptible animals, equipment used for husbandry, slaughter and processing, livestock feeds and feed additives, into the Republic of Kazakhstan from Primorsky Krai of the Russian Federation,” the statement said.

Russian farming conglomerate Rusagro reported on January 11 that an outbreak of foot-and-mouth disease at its pig complex in Primorsky Krai has been confirmed. As result, 481 animals will be culled and quarantine measures to be introduced.

The company said it expects no impact on the schedule of the project launch and on the start of the sales.

Russia and Kazakhstan have a history with meat import bans. In November, Russia banned American poultry products from transiting the country’s territory on the way to Kazakhstan, saying that some of these products are being re-exported back to Russia, bypassing a food embargo.

The Central Asian country has a strong dependence on import supplies, as the overall poultry consumption in the country was around 300,000t in 2017.