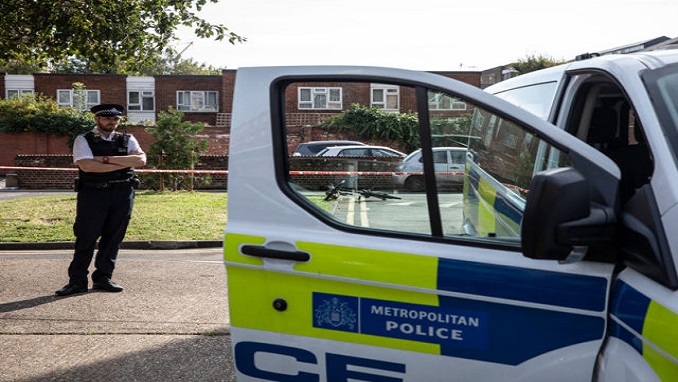 The attack took place after 5 pm, with officers and ambulance crews summoned to Rayners Lane station in Harrow. A police statement on the incident reveals a male fired into a group of men by the station, before mounting a moped with another person and fleeing the scene. Two men aged 18 and 25-years-old were arrested on suspicion of attempted murder and were subsequently released pending further investigations.

Neither of the two men taken to hospital were seriously wounded in the attack. Social media posts by witnesses at the scene showed large crowds outside the station in the aftermath of the attack, and the London police helicopter circling the scene.

The shooting came less than 24 hours after a drive-by shooting in nearby Brent on Monday evening, which saw another two men hospitalised from gunshot wounds. No arrests have been made after the attack, which was described as a “gangland hit”, with the perpetrators speeding off in a car after discharging their weapons. In addition to the shootings leading to hospitalisations, London has also seen two other shootings this week, making a total of four firearms incidents in just two days.

One took place Monday afternoon, when staff at a Westminster school ran for cover after hearing multiple gunshots. Police attended the scene and recovered evidence of a firearm having been fired, but found no victims or perpetrators at the scene. Investigations are ongoing. NCA investigators have discovered what they believe to be a sophisticated gun factory on an industrial estate in East Sussex. Three men have been arrested while two handguns and a quantity of ammunition where also recovered. Another took place Tuesday evening when officers were called to shots fired off St Norbert Road in Brocklet. In a statement following the attack police said “There were no reported injuries, but a door was damaged” and that no arrests had been made.

The spate in shootings across London and recent rise in violent crime — a city in which it is to all intents and purposes impossible to legally own a firearm as a member of the public — comes as the National Crime Agency reveals their discovery of a “sophisticated gun factory” in East Sussex.

The agency — which models itself as Britain’s FBI equivalent — said armed officers raided the industrial unit housing a gearbox repair business after gunshots were heard from inside, arresting three people. Two handguns and a quantity of ammunition were recovered by officers, and a range of machinery and materials used to manufacture firearms and ammunition were found.