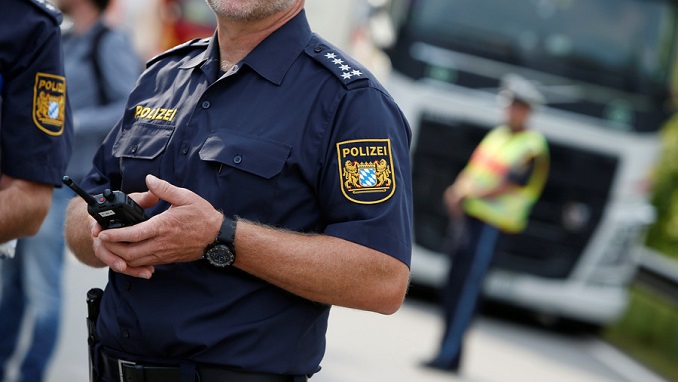 A migrant suspected of committing hundreds of crimes has been let roam free in the German city of Frankfurt because the authorities have been unable to establish his identity and country of origin for decades. Little is known about the man, as no one knows his name, let alone his age or nationality. The only more-or-less verifiable fact known about him is that he arrived in Germany some 20 years ago, in 1998, without any identity documents. He has lived on the streets of German cities ever since and currently resides in Frankfurt, according to the German Bild daily.

The list of the crimes that the unidentified migrant has allegedly committed over this period is extensive. Some 542 criminal proceedings have been opened against him during these years, according to the German police.

“One third of the investigations were related to possession and purchase of drugs,” Ruediger Buchta, a high commissioner with the Frankfurt police, told the German media, adding that the migrant’s other alleged offenses included “fraudulent acquisition of services like fare dodging,” as well as “assault, theft, robbery” and numerous “offenses against the Residence Act.”

Despite being repeatedly detained, the man has successfully resisted deportation from Germany for all these years for one simple reason: the German authorities still do not know where to deport him. The man repeatedly claimed to be from one of the North African countries, Algeria and Morocco in particular. However, the authorities of these states did not confirm this information. The migrant apparently refused to reveal his name or provide any other personal details to the German authorities. Database searches for his fingerprints also yielded no matches, leaving the German police in limbo.

Out of 23,900 extraditions, which the German police should have carried out between January and May 2018, 12,800 failed for various reasons, according to Die Welt. The migrants, who ought to have been deported, often failed to turn up on time and just disappeared. However, in more than 500 cases, the deportees managed to successfully physically resist deportation, the daily said, adding that the number of such incidents doubled in comparison to the first five months of last year.

German Chancellor Angela Merkel, who has been repeatedly criticized for her ‘open door policy’ that partially led to the massive influx of migrants and asylum seekers in Germany during the refugee crisis, is apparently looking abroad for a solution to her domestic problems. Merkel arrived to Senegal on Wednesday on the first leg of her three-day trip to West Africa, which is also scheduled to incorporate visits to Ghana and Nigeria. The chancellor met with Senegalese President Macky Sall and spoke about economic development and cooperation with Senegal, which is one of Africa’s poorest countries. Migration, however, apparently remained the underlying issue during the talks, as Merkel and Sall not only agreed on the need to combat human trafficking and stop smugglers who facilitate illegal migration to Europe, but also said that the development of African countries would be the best way to stem the influx of migrants to European countries.

For that purpose, Merkel, who was accompanied by a delegation of entrepreneurs working in the fields of electrification, automation and infrastructure, urged the German companies to invest more in Africa while citing China as an example. She also said that German businesses should combat a “negative perception” of Africa as a place where risks outweigh benefits.

Meanwhile, the clock is ticking for Merkel as Germans’ patience is apparently gradually wearing thin. Most recently, the murder of a German man, which was allegedly committed by two asylum seekers of Syrian and Iraqi origin, has sparked a wave of violent protests in the German eastern city of Chemnitz. The riots, in which right-wing radicals and leftists clashed with each other and with police, left 20 people injured. Later, an arrest warrant for one of the suspects was leaked to some right-wing groups, prompting suspicions that some of the local police officers are sympathetic to the far-right.

Salvini: ‘Hypocrite’ Macron Should Either Shut His Mouth or Open His Borders

President Reportedly Wanted to Buy Dirt on Him from National Enquirer