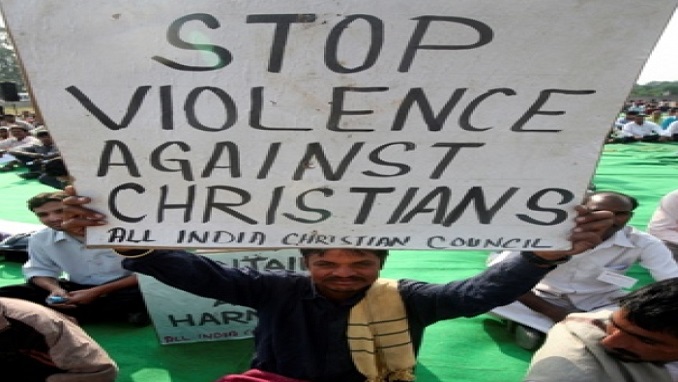 An Indian pastor who was severely beaten alongside members of his congregation earlier this month in Bihar state has vowed to continue preaching the Gospel just like the heroic figures of the Bible did, Christian Post reports.

“Since I am working for the Lord, I have always prepared myself for any kind of eventuality, persecution, or danger. I am prepared to pay the price for serving my God,” said Pastor Bangali Das in an interview with International Christian Concern while wrapped in bandages and breathing heavily due to injuries he sustained during the attack.

“Great men of God in the Bible like Shedrach, Meshach, and Abednego, and their friend Daniel were persecuted. So I feel that it’s an occasion for me to glorify God, like them. I will continue to work for the Lord in spite of all such obstacles and pain,” he added.

Das, who has been a pastor for the last 12 years, was accused by others in the village of Tetua of carrying out forceful conversions, which is a charge often used against Christians in villages across the Hindu-majority country.

With his congregation having increased to over 200 worshipers, for months he also faced issues with local police. In February, they evicted him from the premises that he rented for church services, due to noise complaints. But Das refused to give up on ministering to people in Tetua and explained that he had to carry out services at an open place.

He said that a number of men and women from the local Manjhi caste “accepted Jesus and they offered me an open place to conduct worship.” As many as 150 non-Christian Manjhi attacked a worship service on Nov. 4, however, accusing the pastor of forcefully converting people, and demanding that he stop preaching.

“When our believers requested them to give some time to buy a place and build a worship hall, they surrounded us and started beating us. Two men caught me and began to rain blows on me with their hands. I got hurt in my chest very badly and my arm was injured. They threw me on the ground and beat me until I became unconscious,” Das explained.

Christians have been under a wave of persecution in several Indian states this year, which has resulted in pastors being beaten and churches being destroyed. Pastor Singh, who leads a congregation in India’s Madhya Pradesh State, shared of how Christians are being threatened to stop following their faith back in September. Hindu radicals threatened to beat and kill Christians, leading to 15 families becoming too reluctant to go to church.

“The reason for this drop in the attendance is the threats from Hindu radicals,” Singh told ICC at the time. “The radicals say they will beat and kill my church members if they continue to attend the services. Prior to May this year, around 200 people used to worship regularly in my church. But now only 50 to 60 people attend my church on Sunday. They are under tremendous pressure from Hindu radicals.”