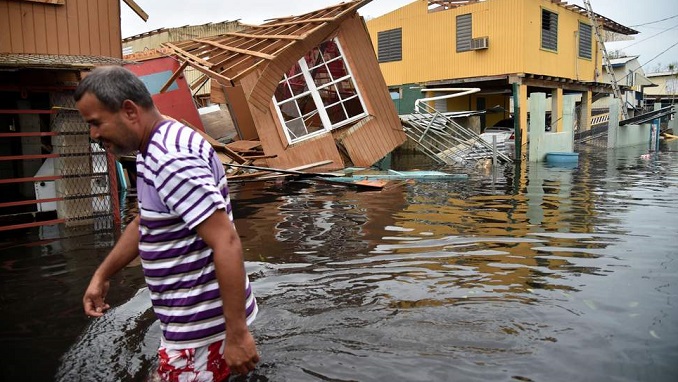 New figures from researches concerning the number of hurricane victims in Puerto Rico are much higher than previous counts, the Puerto Rican government said on Tuesday.

The new figure is 46 times larger than what was reported in December 2017. Back then officials said 64 people had died in Hurricane Maria but new research shows this figure is in fact 2,975. “This is unprecedented devastation,” Governor Ricardo Rossello told reporters, according to CNN. He added, however, that the new death toll is just an approximation and not a concrete list of names.

Rossello further noted that officials will continue to investigate deaths from the storm and will come up with an updated tally. “This number can change. It could be less, it could be more, as time passes.”

The governor also pointed out that it could take months and even years before they have a complete list of storm-related deaths, but stressed that they are “using the best science available.”

Meanwhile, the Trump administration said it would continue to support efforts from Rossello to ensure “full accountability” and “transparency” surrounding the death toll caused by Hurricane Maria, The Hill reports.

“The federal government has been, and will continue to be, supportive of Governor Rosselló’s efforts to ensure a full accountability and transparency of fatalities resulting from last year’s hurricanes — the American people, including those grieving the loss of a loved one, deserve no less,” said White House Press Secretary Sarah Sanders.

She added that the government will also support the island and its people in the recovery from last year’s devastating hurricane.

The Puerto Rico governor admitted he had personally made a mistake in the aftermath of Hurricane Maria, adding that everyone will be held accountable and will “be expected to make a change.” Otherwise, he said, they can’t be part of the administration.