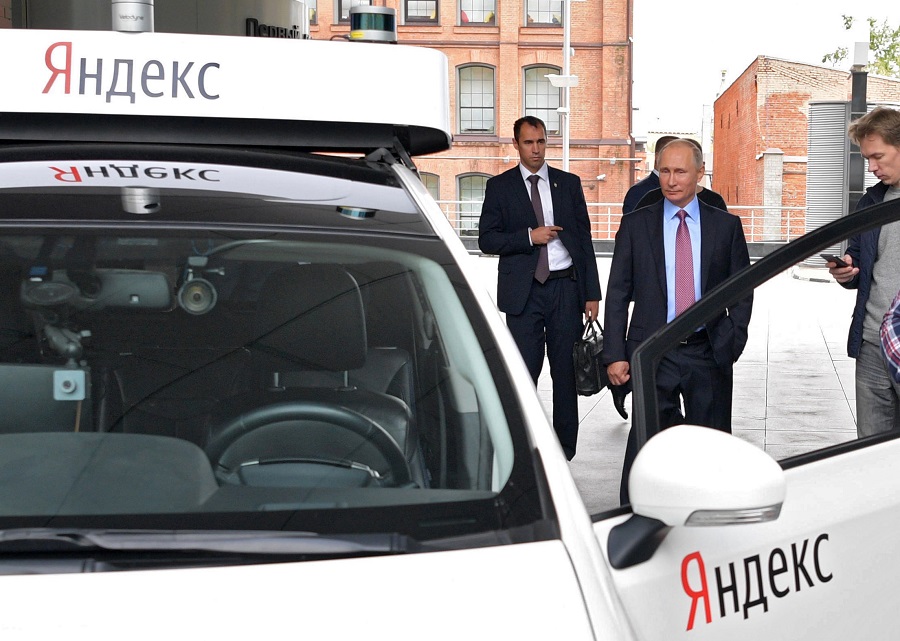 The partnership, which has about a third of the Russian market, will use Yandex in locally-made cars for services like real-time navigation, voice assistance and music. The pact also opens options to gain direct access to valuable car customer data, more than what Apple Inc. or Google apps obtain indirectly through smartphones.

“About 20 million Russians use our app to navigate through traffic jams, putting a phone on a window-mounted cradle,” Roman Chernin, Yandex’s head of geolocation services, said in an interview. “So we sought to build it into the head unit.”

Yandex.Auto, the search engine’s infotainment system, will be fitted into more than 2 million Renault, Nissan and Lada cars in the next five years.

While Google is still working with automakers on deploying connected-car software that works without a smartphone, Yandex technology has been installed in about 100,000 connected cars sold in Russia since 2016, including models from Toyota Motor Co., Honda Motor Co. and China’s Chery. Yandex also has deals with Volkswagen AG, Hyundai Motor Co. and Jaguar Land Rover.

Yandex was the first to build up an internet search engine in Russia, remaining the largest player even after Google entered the market. In 2015, Yandex won an antitrust lawsuit allowing pre-installation of its services on smartphones powered by Google’s Android operating system in Russia. To gain users, Yandex also offers services such as ride-hailing, food delivery, online shopping and others.

Yandex will also provide a solution to connect older cars. Together with French parts-maker Faurecia’s Chinese joint venture, it developed head units with pre-installed Yandex services for 17 different models of cars, said Chernin. Consumers can fit the units at car-service stations for about 30,000 rubles ($460) apiece. In the future, the company plans to expand into parking, insurance and fuel payment services and access driver data.