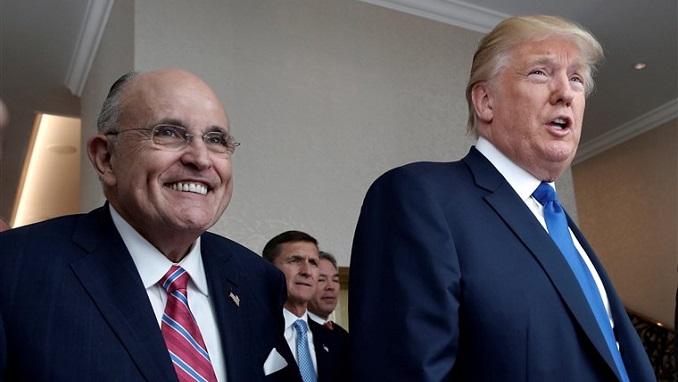 Former U.S. Attorney John S. Martin slammed Rudy Giuliani and claimed he had “sold out” to President Donald Trump and he is not the attorney he was before.

“He has totally sold out to Trump,” Martin said to The New Yorker in a piece published Monday. “He’s making arguments that don’t hold up. I always thought of Rudy as a good lawyer, and he’s not looking anything like a good lawyer today.”

Martin was not the only one who was rebuking Giuliani as a lawyer in the story, titled “How Rudy Giuliani Turned Into Trump’s Clown.”

Preet Bharara, who was U.S. Attorney between 2009 and 2017 when Trump fired him, said Giuliani makes “blatant misrepresentations” on television.

“It’s sad because I looked up to him at one point, and this bespeaks a sort of cravenness to a particularly hyperbolic client and an unnecessary suspension of honor and truth that’s beneath him,” Bharara said. “I would not send Rudy at this point in his career into court.”

Trump, who hired Giuliani, a former mayor of New York, six months ago, was looking for a combative approach to special counsel Robert Mueller’s probe into possible collusion between the Trump campaign and Russians in the 2016 presidential election.

Trump early in his presidency as Mueller began his investigation apparently said, “Where’s my Roy Cohn?”—a New York lawyer who used the media to slam opponents—and found him in Giuliani.

Giuliani has since made numerous bombastic claims on television, even one that Trump discredited. Last month, Giuliani while arguing that Mueller was trying to get Trump to commit perjury, said “truth isn’t truth,” drawing ridicule, and later clarified his remark.

He calls Mueller’s investigation a “witch hunt” and the prosecutors in the case “thugs,” as Trump does, and his legal work backs up controversial claims the president makes on Twitter. “Giuliani, like the President, is not seeking converts but comforting the converted,” The New Yorker piece states.

Republican Senator Hits Back at Trump’s DOJ-Related Tweets: ‘U.S. Is Not Some Banana Republic’