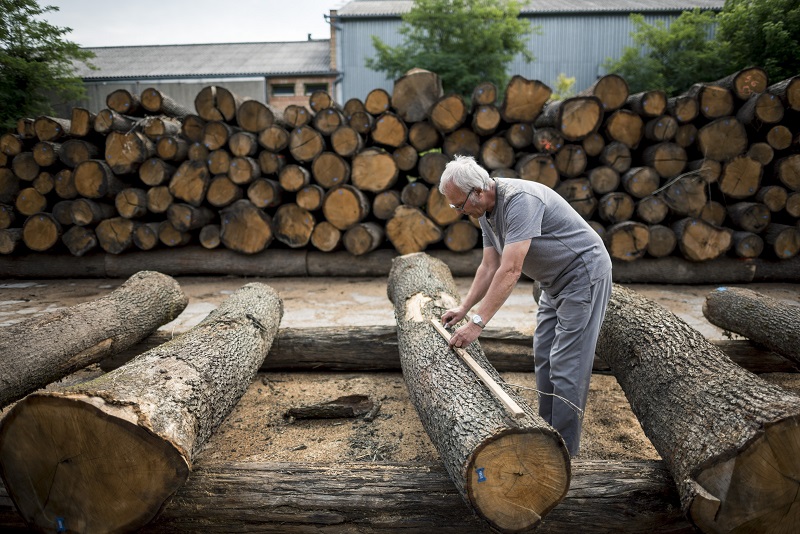 Legal and illegal logging by Chinese companies in Russia’s Siberia is destroying the vast region’s forests, RFE/RL writes in a recent article.

According to the report, a “war” is going on between locals trying to protect the Siberian snow forest, the taiga, and illegal loggers who are selling trees in China. The taiga is an ecosystem characterized by coniferous trees such as spruces, larches, and pines.

Most of the illegal loggers are Chinese, the report says. Lyudmila Mysak, a resident of Paspaul village in southern Siberia, said: “It seems that they [Chinese] are selling our homeland, along with the land, the forest, us.”

Antonina Raspayeva, a resident of Kebezeni village in southern Siberia, witnessed trees being cut down. “I just cried when I saw it all…I have a lump in my throat,” she told the news outlet.

Ivan Dek, a resident of Verkh-Biysk, southern Siberia, said locals have reported the problem to Russian prosecutors, but to no avail.

In a 2012 report on the outlook of Russia’s forest sector, the United Nations’ Food and Agriculture Organization (FAO) said that Russia had a forest area of about 1.18 billion hectares (about 2.9 billion acres) at the beginning of 2010, which accounted for over 20 percent of the world’s forests. At the time of the report’s release, the Russian forest sector—which processes timber such as pine, larch, birch, and oak trees—accounted for only 1.3 percent of the country’s gross domestic product (GDP).

The underdeveloped industry has given rise to illegal logging, due to lucrative financial incentives: An illegal logger could profit about 6,000 rubles (about $90) from cutting down a pine tree, for example, but a legal logger would earn about 10 times less.

There is a real fear among Russian citizens that the Chinese could cut down all of Siberia’s forests, according to the Carnegie Moscow Center, a regional affiliate of the Carnegie Endowment for International Peace based in Washington. The fear has prompted thousands of locals in Siberia’s Irkutsk and Krasnoyarsk regions to sign petitions seeking a ban on Russian timber exports to China.

Illegal loggers aren’t all Chinese, according to the Carnegie article, as Chinese companies often hire Russian locals to carry out illegal logging. Some illegal logging is carried out in remote locations that are hard to monitor by Russian authorities, and in other instances, loggers take advantage of the fact that forest rangers are short-staffed due to lack of funding and can’t sufficiently patrol forest areas.

Corruption among border patrol officials has also made the illegal timber trade difficult to quash. According to the Carnegie article, illegally cut timber can easily be cleared through Russian border customs. Loggers often bribe officials for fabricated paperwork that allows them to fell old-growth pine trees in protected areas.

ComicCon Wraps up in Moscow with Perspective of Asia Deals

Assad: Idlib Ceasefire ‘Temporary’, Gov’t Will Restore Control Over All of Syria