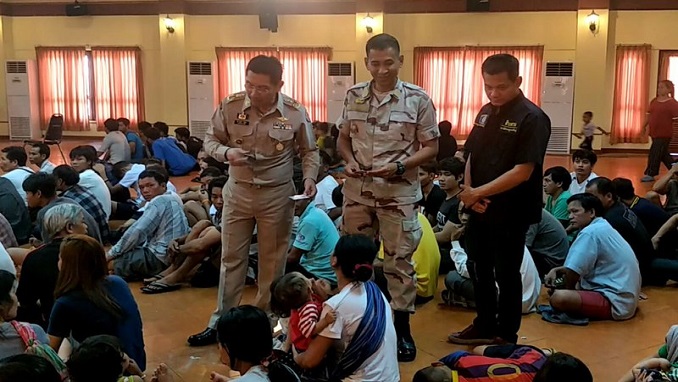 Thailand should release the group of ethnic minority refugees and asylum seekers, mostly Christians, arrested last week during a crackdown just outside the capital Bangkok, rights groups say as quoted by Sight. Most of the 181 refugees detained are Montagnards, an indigenous group from Vietnam who face “harsh persecution if they are returned to Cambodia and Vietnam, which Thailand should not do under any circumstances,” said Brad Adams, Asia director for Human Rights Watch.

Thousands of Montagnards have fled Vietnam to seek asylum in neighbouring countries since 2001, citing land expropriation and religious persecution. Many of the group are from Vietnam’s highlands.

The refugees initially end up in surrounding nations like Cambodia and Thailand, where they face a stateless future as their refugee status is not recognised; the two are not signatories to the different international treaties that deal with the status of refugees. As ‘stateless’, the Montagnard asylum seekers have been described as undocumented economic migrants. They have no rights or status regardless of their registration with the UN refugee agency, the UNHCR.

“Thailand’s frequent claims about improving refugee rights ring hollow when officials detain dozens of families who are protected under the mandate of the UN refugee agency,” Adams said.

“Thailand is violating its international commitments by detaining over 50 children of refugees and asylum seekers. Their UN refugee status should ensure that none of these families are detained. Thai authorities should release them immediately,” he added.

The refugees and asylum seekers, including the 50 children, were arrested and taken from their homes in Nonthaburi province in the early hours of Tuesday morning (28 August). The police said the action was in response to complaints by local Thai residents. They took the group to Bang Yai district office and charged them with illegal entry or illegal stay under articles 11, 62, and 81 of Thailand’s Immigration Act. They face possible deportation or prosecution.

Amnesty International, adding its voice to the call for their release, said “the 47 (sic) Vietnamese children, some of them with health issues that require medical assistance, are currently held in separate locations in Bangkok and its outskirts under the care of the Ministry of Social Development and Human Security. Upon serving the full sentence, all Vietnamese refugees and asylum seekers will be transferred to Suan Plu Immigration Centre, where the children will be returned to their parents. All could be detained indefinitely or forcibly returned to Vietnam.”

The US-based Christian rights group Jubilee Campaign said that, “If parents are found guilty there is the risk that the children will be separated from both parents and taken to so-called ‘migrant shelters’. While we do not have exact details on the condition of the ‘shelters’, up until two weeks ago, the Thai government was indicating that these shelters were not funded or equipped to handle migrant children, and had requested significant private organizational funding to provide for these children. At this point, we cannot confirm that even basic needs such as food, shelter, and sanitation are being provided for these Christian children.”

Behind the Ethnic Cleansing of Rohingya, a Textbook Land Grab