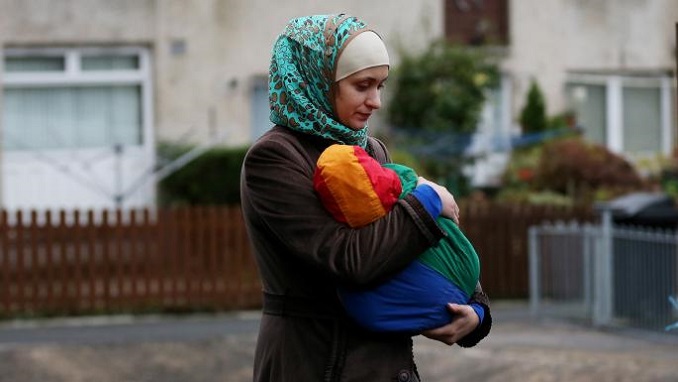 Even as the Islamic State group has been all but defeated and the Syrian civil war is largely winding down in most parts of that country, there continue to be thousands upon thousands of migrants and refugees fleeing the region in hope of finding safe refuge in Europe, Conservative Tribune reports.

Unfortunately, one of the most vulnerable minority groups in the Middle East — Christians — are finding that the welcome mat laid out for thousands of Muslim refugees has been pulled back when it comes to them, at least in regard to the United Kingdom’s Home Office, according to Jihad Watch. In fact, it would appear as though the U.K. has decided that there are already enough Christians living in Britain and no more should be allowed in, regardless of the existential threat they may face in the terror-infested and war-torn regions they are fleeing from, as only Muslim refugees were permitted entry earlier this year.

That shocking revelation came from The U.K. Sunday Times over the weekend, which obtained a report from the Home Office that exposed the fact that not a single Christian from Syria was granted entry into the country in the first three months of 2018. That’s right, of the 1,112 Syrian refugees admitted into the U.K. between January and March of this year, not a single one was of the incredibly persecuted Christian faith, even as virtually all agree that minority Christians in areas populated by Islamic extremists are essentially facing genocide for their beliefs.

The Times learned this tragic news from the Barnabas Fund, a charity that supports persecuted Christians around the globe, which had obtained the information from the Home Office after a long battle under a freedom of information law. As it turns out, the United Nations High Commissioner for Refugees had recommended that the U.K. accept some 1,358 Syrian refugees for resettlement in those first three months. Of those 1,358 refugees, 1,226 were Sunni Muslims, 127 were Shia Muslims or some other variation of Islam and four professed they were Christians, while one individual claimed to be an atheist.

The four Christians were rejected by the U.K. Home Office, even as it remains incredibly dangerous in most of Syria for Christians to live and practice their faith openly, according to Martin Parsons, head of research at the Barnabas Fund. Parsons noted that Islamic State group militants had just conducted a bombing attack that killed at least 215 people in the Syrian city of Sweida in recent days, a city that is largely composed of Druze and hosts a significant Christian minority.

Of the decision by the Home Office to reject the four Christian refugees recommended for acceptance by the UNHCR, Parsons stated, “We think there is a cultural problem. We don’t want them to prioritize Christians — we want to prioritize people on the basis of vulnerability.”  In defense of its decision, the Home Office released a statement:

“The vulnerable persons resettlement scheme prioritizes the most vulnerable refugees who have fled the Syrian conflict, regardless of race, religion or ethnicity. We are working with the UNHCR and other partners to reach groups that might be reluctant to register for the scheme for fear of discrimination and unaware of the options available to them. These groups include all religious minorities.”

As is quite obvious, Christians are one of the most vulnerable religious minorities in Syria, a country that used to host upwards of two million Christians prior to the devastating civil war that disrupted their homeland. Parsons explained how the U.N. takes into account such criteria as disabilities and sexual orientation when determining how vulnerable a potential refugee is, but inexplicably doesn’t take into account the targeting of individuals for their religious faith.

It should be pointed out that Parsons organization doesn’t rely solely upon the U.N. for assistance in helping persecuted Christians flee areas where they are vulnerable, and the Barnabas Fund has of their own accord arranged for some 1,500 Syrian Christians to be resettled in Australia and Poland. Unfortunately, it appears at this time that the Barnabas Fund and the persecuted Christians they seek to protect will receive no helping hand or welcoming arms from the United Kingdom’s Home Office, who instead seem to prefer allowing in more Muslims into what used to be a decidedly Christian nation.